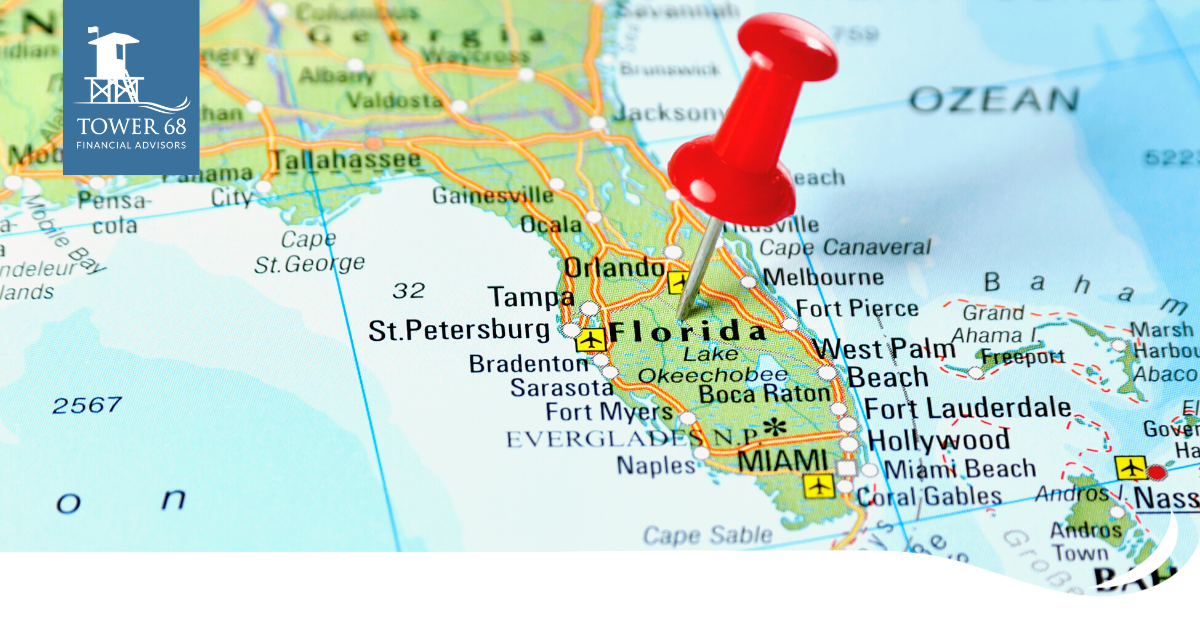 The storm’s powerful winds and torrential rains reduced entire communities to rubble, killing more than 120 people, including many who drowned in floodwaters resulting from the nearly 18-foot (5.5- meter) storm surge. Bridges connecting Sanibel, Captiva and other barrier islands with the mainland flooded and crumbled, isolating those areas.

Estimates of the economic toll are still preliminary. But as a historian who studies South Florida’s cities and environment, I’m certain that the havoc Ian wreaked will make it among the worst storms on record, along with Harvey and Maria in 2017 and Katrina in 2005.

And based on how Florida has responded to similar devastation in the past, I highly doubt that Ian will do much to slow the pace of the state’s rapid population growth in the near future.

Snowbirds are changing their routes

That’s about 37% more than the 16 million who resided in the state in 2000. And demographers project that the population will continue increasing, to about 25 million within the next decade.

Florida consistently ranks as the top destination for Americans who relocate to another state.

But many Florida residents spend only the winter months there, returning when the climate warms up back home. In the weeks that followed the storm, analysts were predicting that most of these annual short-term residents – called snowbirds – will not forgo their annual voyage. Instead, many say they’ll simply shift their migratory course and land somewhere else in Florida.

South Florida real estate agents are bracing for stronger-than-usual demand for seasonal rentals in Dade and Broward counties on Florida’s southeast coast, which escaped Ian’s wrath. The extra interest is leading to further spikes in the already overheated real estate markets in places like Miami and Fort Lauderdale.

Today’s new and part-time Floridians are drawn by the same factors that have lured settlers and snowbirds for a century: warm weather and waterfront views, along with lower taxesand fewer regulations than in other parts of the country.

Early developers didn’t let inhospitable environments deter them. In the decades after the Civil War, they transformed the peninsular state’s mosquito-ridden, alligator-occupied swampland into hotels, homesteads and farmland.

Florida promoters lured tourists and settlers alike with promises of wealth, land and leisure, whether their sales pitches had to do with citrus and sugar, or sun and sand. Engineers used modern technology to accomplish the large-scale transformation and make way for unprecedented land speculation and development.

Everglades drainage began in earnest in the 1880s when a wealthy Philadelphian named Hamilton Disston created the Okeechobee Land Co. to develop a system of canals that would facilitate “land reclamation.”

Disston purchased over 4 million acres the state had designated as uninhabitable swampland in exchange for US$1 million and his promise to transform it. In 1881, The New York Times called this “the largest purchase of land ever made by a single person in the world.”

Disston sent brochures around the country, and to people as far away as Scotland, Denmark, Germany and Italy, that touted Florida’s “inexhaustibly rich lands” and an “equitable and lovely climate where merely to live is a pleasure, a luxury heretofore accessible only to millionaires,” according to Frank B. Sessa’s 1950 history of greater Miami.

Disston and others began selling reclaimed land to railroads, farming interests and land developers. By the early 20th century, inland drainage was giving rise to the sugar, citrus and winter vegetable industries.

The drainage made it possible for the railroad magnates Henry Flagler and Henry Plant to extend their railroads to southeast and southwest Florida, respectively. Train travel greatly expanded opportunities for tourists and new residents by the late 19th century.

Stormy weather from the start

Attempts to control water on the ground, however, couldn’t curtail weather-related hazards. In 1926, a hurricane slammed into Miami, leaving more than 390 people dead and causing property damage of more than $76 million.

A Western Union telegram from Jessie Wirth Munroe, a survivor, read like a text from someone who had endured Hurricane Ian: “We are safe. Water front completely destroyed.”

A 1928 hurricane killed over 2,500 people just south of Lake Okeechobee, most of them Black farmworkers laboring in the new agricultural town of Belle Glade, which was washed away.

In 1935, a Labor Day storm hit the CivilianConservation Corps camps in the Florida Keys, where workers, many of them World War I veterans, were building a highway that would link mainland Florida to Key West.

“Clinging to beds, using mattresses as overhead cover, the people of the Keys had watched large rocks roll about like pebbles, buildings crumble like houses of cards, water lift up houses and carry them off,” wrote Helen Muir, a journalist who moved to Miami in 1934 and chronicled the city’s growth. “The hurricane moved in like a giant mowing machine and leveled everything.”

No stopping the newcomers

Yet people kept coming, especially after World War II and the advent of widespread air conditioning.

Many of the close to 3 million people who arrived between 1940 and 1960 were veterans who had trained in South Florida during World War II.

In addition, millions more immigrated from the Caribbean and Latin America as transportation become easier and cheaper.

In particular, people fleeing political persecution and economic instability in places such as Cuba, Haiti and, more recently, Venezuela and Central America have settled in Florida.

Though each storm seemed to threaten the population boom, the new arrivals tended to stick around. Civic boosters, business leaders and policymakers have invariably promised to rebuild.

After Hurricane Andrew, a Category 5 storm, slammed into South Florida in 1992, the state imposed a stronger and more uniform building code. The authorities invested in additional storm preparedness efforts after the spate of hurricanes hit the state in 2004.

Could these patterns change after Hurricane Ian?

Windstorm insurance premiums were climbing beyond the reach of many homeowners before it hit. Analysts predict that premiums will continue to rise, making it harder for residents to afford to remain in Florida and even more challenging for new homebuyers to secure policies.

Florida’s history can forestall the challenges of climate change and the increasingly severe storms it brings about in the decades ahead.

Professor of History, University of Miami

University of Miami provides funding as a member of The Conversation US.

The opinions voiced in this material are for general information only.

RSW Publishing has an agreement to republish this author's content.