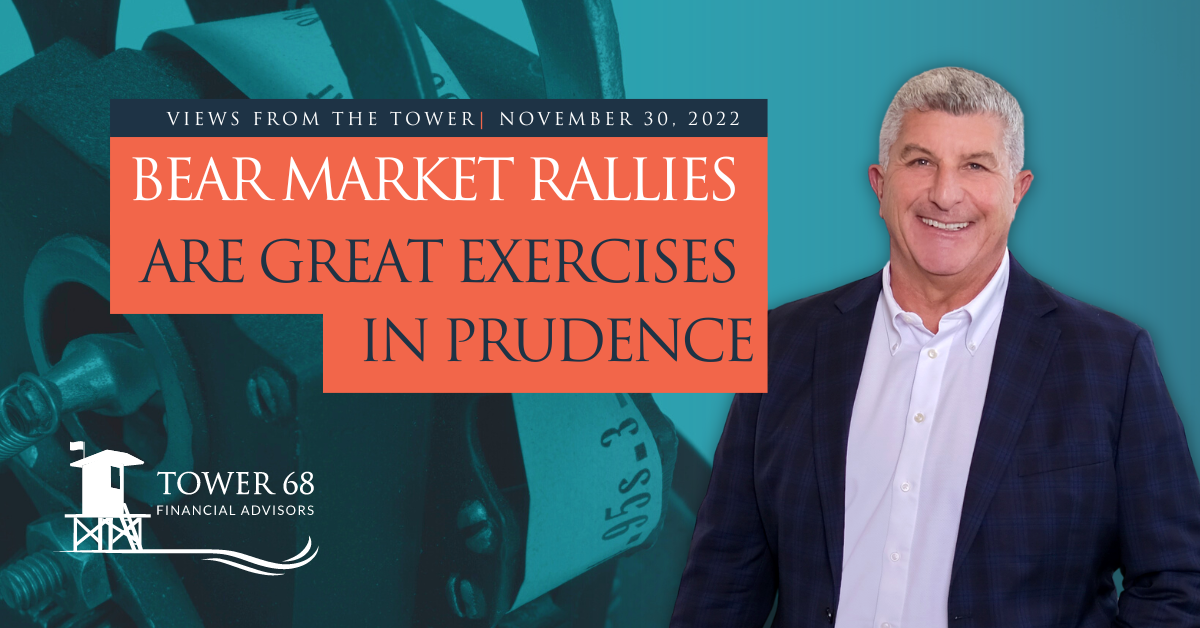 This week is very interesting as it follows a Holiday week with extremely low volume yet a lot of information.  The data from last week seems to be setting the stage for year-end. To begin with, I wanted to go over what we got last week:

The dilemma that we are faced with is whether the Fed is going to orchestrate a soft landing or not. If they raise too quickly and too much they are sure to recess the economy. This would be disastrous as the Fed has taken interest rates up to a point where it is already quite difficult to service the debt (last week I went into some detail on the cost annually for the interest expense on the debt). If the economy slows too much there won't be the tax receipts needed to service the debt and they are then faced with the need to institute another Quantitative Easing cycle. Note that tax receipts are up 19% this year, the highest on record, and still not enough to service the debt.  In Barron's over the weekend, it was stated, "As companies lay off workers and batten hatches ahead of a possible economic slowdown, executives from 179 S&P 500 companies mentioned the word 'recession' in conference calls between Sept. 15 and Nov. 16,” according to FactSet. This was nearly 3X above the 5-year average of 63 companies.

The Conference Board conducts a quarterly survey of CEOs and collects various data on their views, but the composite figure is shown below as CEO confidence. This survey has been conducted for nearly 50 years, so it is useful. In October it reflected the lowest number ever- not a good sign for CEO expectations. 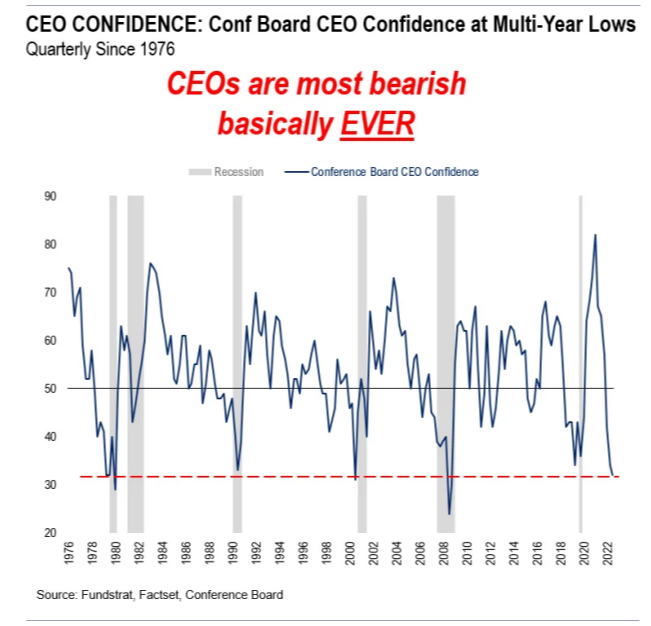 Since 1950, we've found the trough in earnings growth lagged the bottom in the S&P 500 by about six-to-seven months and failed to lead the market 75% of the time (Source: Oppenheimer Technical Analysis). What is most important is that if the S&P 500 is having a negative year going into the start of the slowdown, the following 12 months tend to be strong after the recession. 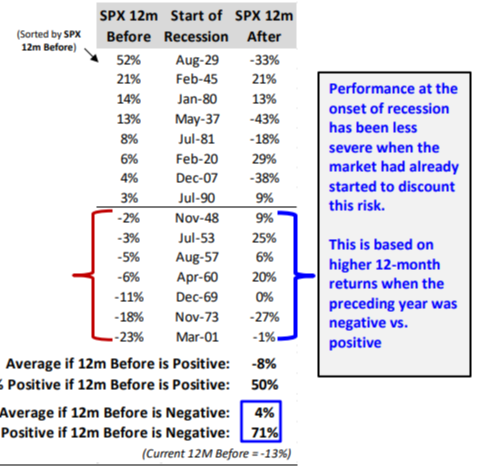 This is even more relevant if the mid-term years are negative before the pre-election years. Aside from 1930, the returns have been quite impressive.

This rally which has been in place since mid-October is not as powerful as the one that happened from June to August. This is not a good sign, it would be preferable to have strength get stronger, not be followed by a less strong move. Yet I believe that if Fed Chief Powell makes any mention that the interest rate hikes are about over, that could be the catalyst for an aggressive market advance.

As seen below, in 1982, the last time that interest rates were hiked by a severe amount as they have been this year, the S&P 500 recovered in four months the decline that it had experienced over the previous 27-month market decline. (Source; FundStrat) 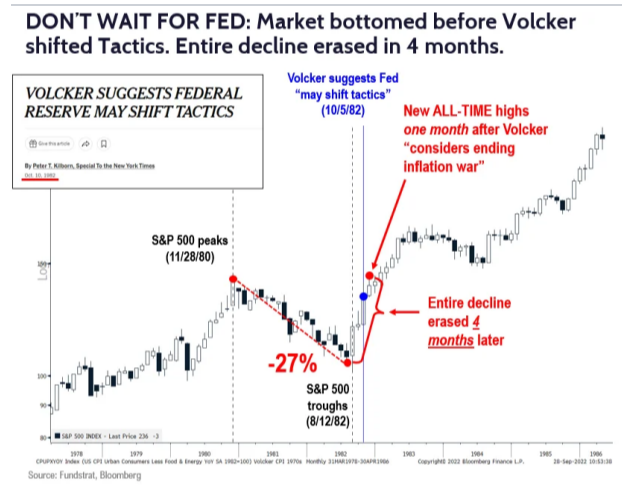 It all comes down to whether inflation is convincingly cooling. The job market certainly is. We will know more if this week's jobs report agrees to confirm the October numbers that showed labor slowing. And this comes at a time when the AAII (American Association of Individual Investors) spread is at its greatest extreme since the data began being collected in 1988. This could provide a coiled spring for a market that could have an explosive move to the upside given a continued easing of inflation numbers. 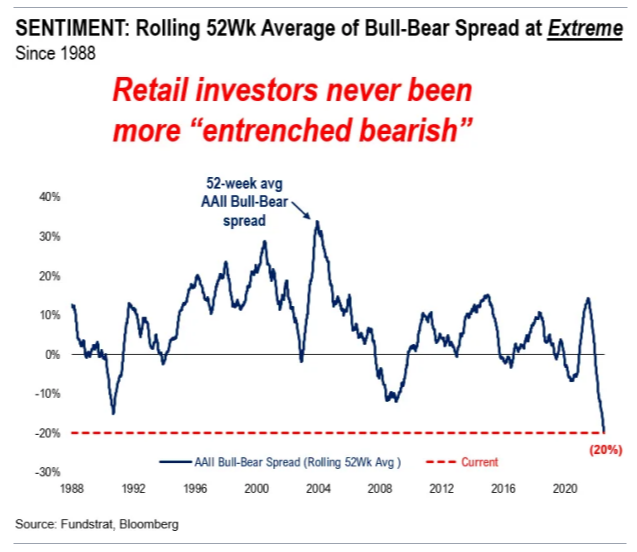 Much like last week's note, we are not yet confident on a low having been put in in the markets. This is currently just a bear market rally and until the underlying reasons for the declines the markets have been experiencing since a year ago change, we must continue to be defensive. The downside move is having many signs that it has exhausted itself, but until we have a higher level of confirmation that changes are taking place, not being overly aggressive would seem to be the best course of action. As always, please feel free to call with any questions you may have. We look forward to addressing any questions you may have.