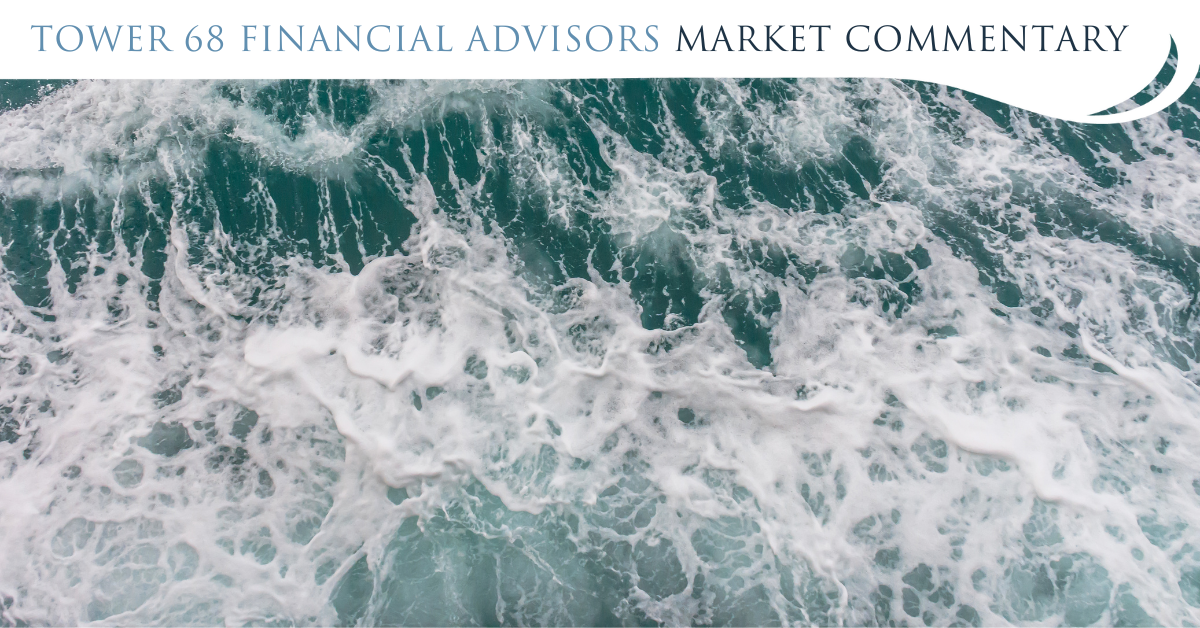 What to Consider During a Market Correction

It is clear that we are in a market correction. During corrections, the markets tend to exhibit similar characteristics that we assume will exhaust themselves, and usually, they do.

At times, though, instead of the small, digestible moves, the markets experience a "correction," like what we are experiencing now. This instance seems to be particularly painful as virtually everything has experienced pain this year (the current top is January 4th, but many things started their rollover last November). Actually, in the last two weeks, we experienced five-of-seven trading days where over 90% of the stocks on the S&P 500 declined. This was the first time this has ever happened!

This time has been very different. Generally speaking, bonds have been a place to go should the stock market catch a cold. In the current situation, bonds have been hit as hard as stocks have. Even the 60/40 crowd (60% stocks/40% bonds) is feeling the pain. To confirm that "this time is different" in this regard, this has actually been the first time in history that this has happened as well.

I am not going to go into detail this week with a bunch of facts on what "normally" happens at this point in a correction. Instead, I thought it appropriate to talk about what could/should be done now. The first thing that I do is think about what is being owned:

All of these set the stage for the long-term prospects for the companies. If we can check off the boxes just mentioned, then this should be considered more of an opportunity instead of a problem. It's rather strange, actually. Say there is a 30% OFF sale at Nordstrom (or your favorite retail store), and people line up to buy. But if there is a sale on Wall Street, people run for the exits. It really doesn't make much sense. I find this particularly true when we look at the actions of the markets going back to the beginning of the 1900s, even before the Great Depression. Markets correct, and then they rally to new highs. EVERY TIME! I don't really see why this time should be any different.

Then, I take a moment to reflect on the current history of large market declines. These sort of started after interest rates topped out in 1981 and began going down. The first really big market decline was in October 1987. On that occasion, the bond market came to the rescue. Interest rates dropped. Money became more available. Financing made sense and the economy grew. This has continued until July of 2020, post-the COVID decline and recovery. Many will choose to blame the current situation on our Federal Reserve and say that they didn't do what they should have done. I will be the first to admit that, other than what they did, I don't really know what they could have done to avoid an outright depression, other than not shutting things down in the economy as they did. But, again, this would require a "what if" crystal ball that I have not been able to locate or draw knowledge from!

So, we know what the Fed is trying to do now. They are trying to burn off the excess capital sloshing around (which is what is fueling the inflation) and bring back a normal interest rate environment where there is a cost to using bank money and businesses and investments must be profitable to substantiate the expense of using borrowed money. It isn't fun to have to factor this in, once again, after being used to not having to. However, this is the healthy thing that really must be done in this economy. How high will they have to take interest rates? This depends on, to a great extent, the slowdown that we are beginning to experience due to the interest rates being raised, food prices rising, the excessive cost of gasoline, China's zero-COVID policy, and that it is not completely open, and Russia still hammering Ukraine. These all together should slow economic growth much faster than normal as they all hit us no matter where you are on the food chain.

The current correction has already done its "normal" decline amount as measured by time and depth according to major corrections going back to the 1950s. This is really quite a long time by today's standards as the decline in March of 2020 (the last major decline) only lasted for 11 trading days for the lows to form as compared to the tech bubble of 2000 which took 18 months. Then people throw in another way to look at it. Is this pullback being accompanied by a recession? Many say that it won't, but I believe the jury is still out on this one as the first quarter of this year already showed a GDP decline of -1.9%. One more quarter of GDP decline and it fits the definition of a recession. We will see in another month or so if that is the case.

Whatever the case, stocks normally bottom about now. It might take a bit longer as this is a midterm election year, and the elections aren't until November, but now would be a good time, if you are a longer-term investor that is investing for the future, to begin to poke around at industries and companies that you believe have an important place in the world's future. You could begin by asking the questions I have above.

Investors need to remember that since the S&P 500 Index moved to 500 stocks on March 4, 1957, it has made 1,184 new all-time highs and it has always eventually achieved new highs, even if it doesn't feel that way today. Wars, sky-high inflation, recessions, bubbles, geopolitical events, policy mistakes, and more have all happened over this time, but stocks have always come back eventually to new highs. We do not think this time will be any different. As long as businesses can grow earnings over the long run, the fundamentals are in place for future stock gains, which means new highs could be coming as well.

As I said in the beginning, it is said that the stock market is the only place things go on sale and people run out of the store screaming. Lastly, the S&P 500 was just down more than 1% for four consecutive days. This very rare occurrence hasn't been fun for investors, but be aware--the returns after these painful streaks have been very strong, higher a year later 9-out-of-9 times, with a solid 26.7% gain on average.

Please know that the entire team is here to address any personal situational concerns you may have and help in any way we have the ability to. Do not hesitate to call we welcome the opportunity to address these questions and concerns.