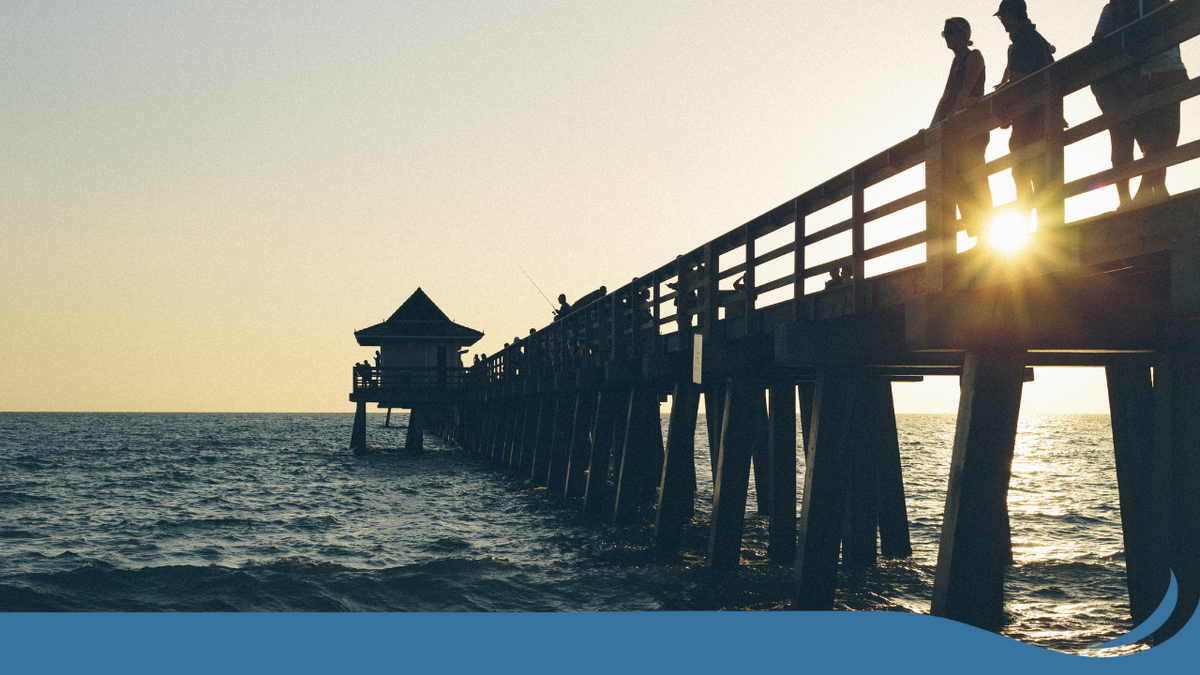 This past week certainly wasn't the destroyer that the first week of the year was, but after a promising bounce following the Monday morning punch to new short-term lows on the major indexes, the sellers did come back to try and finish their job of taking the fluff out of the markets. And this week started out much the same. First and foremost, with the growth names under pressure and wide swaths of the NASDAQ looking awful (nearly 75% of stocks on the NASDAQ are below their 200-day lines!), we certainly wouldn't be out fishing in this pond quite yet. We have actually experienced a "stealth bear market" across much of the market when we consider a significant portion of stocks are down considerably from their post-COVID crash highs. Sentimentrader noted this last week that 40% of NASDAQ Composite companies are in "bear market territory". What I believe this year will bring is what I call "rolling corrections." This is when a group gets hammered while another group picks up steam. This is quite different than the last two years where there was volatility into the COVID bottom then a Fed-induced sugar high that had fairly low volatility and consistently higher prices. In my experience in dealing with markets and investments for nearly four decades, we have found that as much as many investors and media commentators state that markets don’t like uncertainty, although true, this uncertainty has historically created great opportunities for rewards.

A huge reason for my belief is that rates continue to be generationally low and much-fixed income land actually has negative yields (real return after taking into account 3%+ inflation). No rational market participant is going to remain in cash or bonds for long when inflation is running hot, rates are rising, and many bonds are costing holders money on an inflation-adjusted basis. If rates rise over time in the next couple of years I can make almost no real case for bonds. This should keep the stock market looking relatively attractive, however, even if not all areas move at once. LET ME BE CRYSTAL CLEAR ON THIS POINT. There are two major things that need to be remembered right now. The first one is quite simple to understand; oil has gone from $35 a barrel to over $85 a barrel. This translates into a huge increase in gasoline and industrial fuel prices. This is an outright tax on the entire economy — both drivers and manufacturers. The second is very very important to understand. This is from Scott Black in Barron's roundtable commentary this past weekend:

See pictures below of the progression of interest rates and oil over the last five years. This should make it quite clear that the direction of both of these seems to be changing.

This last week we had two important economic indicators released that hammer home the importance of this point from Scott Black. The first one was Industrial Production. 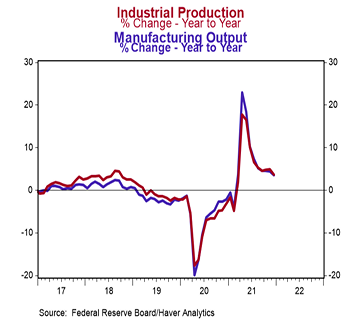 The second one that I feel is more important and more transparent in its reflection on the broad economy by way of the consumer is Retail Sales. Retail sales missed the mark by a wide margin in December, falling 1.9% as most major categories declined. Clothing -3.1%, on-line sales -8.7%, home furnishings -5.5%, Gasoline up 50.8% year / year. When looking at the reasons why, I come away with these:

Rising wages, jobs, and inflation will all be tailwinds for retail sales, while the waning of the temporary and artificial boost from "stimulus" checks and other government benefits will be headwinds. In the quarter, import prices fell 0.2% and export prices declined 1.8%.

WHAT TO DO IN THIS ENVIRONMENT

The Fed has stated that they are getting ready to raise rates. Can this be done by simply saying this and letting the markets do the work? I think it could to a great extent. To begin with, they are stopping giving caffeine to the economy in the form of bond buying. But just as in the case of weaning oneself off of caffeine can create quite a headache, the same holds true for the economy. Taking away the punchbowl in an instant could have had drastic and negative results. But, as the economy realizes that it is getting stronger (not too strong too fast, but stabilizing stronger), it can digest over time a lack of free money and instead starts to draw upon the record $4.7 trillion sitting in savings waiting for a home or to be spent. Also, if the Fed starts raising interest rates too quickly or too much (as was the most recent case in 2018) then there is the risk of a recession. NOTE: not every recession has preceded a bear market, but every bear market was preceded by a recession.

In closing, I want to talk just once more about the current inflation, but more specifically the voracity of it. Clearly, we have had inflation in gasoline and used car prices, but these are inflationary measures that have HAPPENED. These are not inflationary measures that are beginning to happen. The supply chain appears to be taking longer to deal with than previously thought; this could be due to China's shut down due to Omicron, or labor productivity, or simply the time it takes for containers to be moved, loaded, offloaded, and moved again. Whatever the case, GDP growth is not raging, and the current inflation should subside rather quickly according to many economists — by June of this year. At the same time, the midterm elections could bring about a major change that could throw the brakes on the current administration's agenda of unfathomable amounts of free money and slow any major changes which create uncertainty. If inflation should subside and growth continues at a digestible pace, the US dollar remains stable, and general price levels cap this current spike higher, we could very well be in for a goldilocks economy that could be far better for most industries than not. This is what I would expect. The politics of a midterm year generally support this and if money printing subsides or ceases, the economy with low inventories will be left open to its own devices. This is what our economy has been built on and lacking any other out-of-the-blue impediments, like COVID, we could be back to normal. I will end with the chart of how rates being higher, historically, might be an initial shock to the markets, but are bullish for markets longer term. The difference, THIS TIME in the markets is that the leading sectors could be different. Being that this has been a long time since this has occurred, caution is warranted in returning to old favorites.