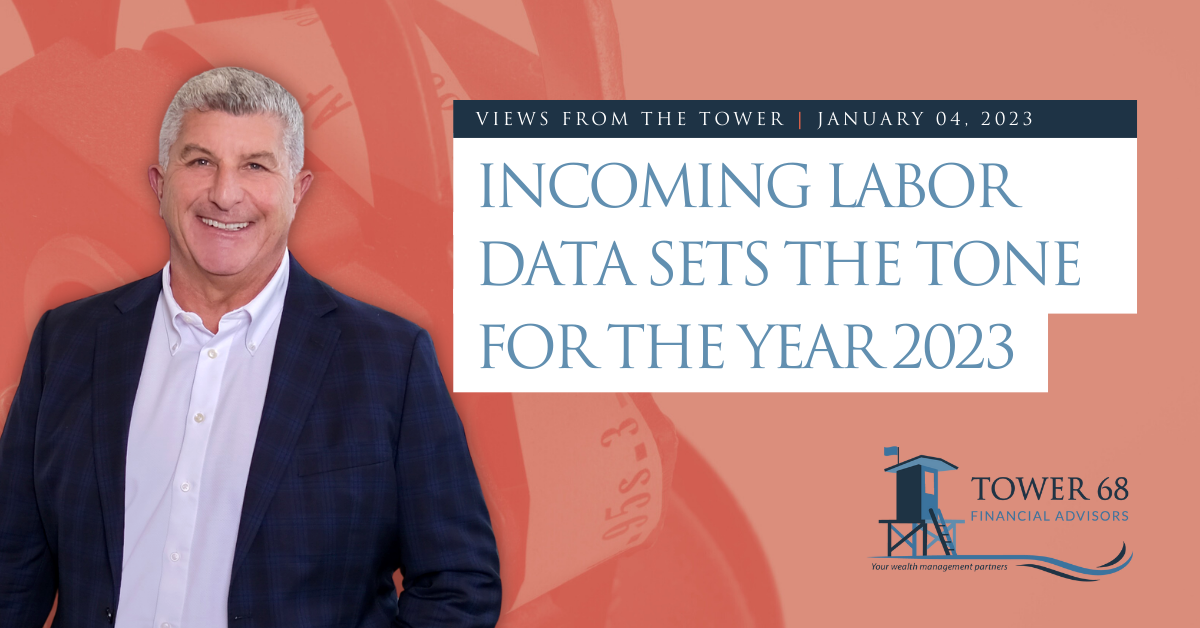 Incoming Labor Data Sets the Tone for the Year 2023

The end of a calendar year should have little influence on the directional move of markets, yet tax considerations and general emotional motivations often exaggerate moves at the turn of the year. Several key economic events over the next few weeks will set the tone for incoming data and interest rate policy in 2023. Below are a few that I am paying attention to and what I believe could be thought of them:

All of these tend to be a reflection of labor. I am focused on this as this is what Federal Reserve Chairman Jerome Powell has said he is focused on. Labor tends to be a lagging indicator, but if this is what he has adamantly focused on, then this is one of the important components we should remain focused on.

Other than economic indicators, we are also noticing these important issues which are indicators of a world slowdown in the offing:

Additionally, investor sentiment (attitudes) measures of market participants amongst other readings should be considered. The rolling 51-week average of bullish sentiment hit an all-time low, even lower than the Tech Wreck of 00-03 and the Great Financial Crisis of 08-09. This study has been running for 30+ years, and this is the most entrenched and persistent level of bearish sentiment in the survey's history going back to 1987. Periods as negative as this have tended to correspond to secular lows in stock. I keep asking, are things this bad in the US economy?

In terms of greater conviction, our analysis indicates the 2022 bear cycle could be exhausting itself. The chart above clearly demonstrates this. However, if the S&P remains in its downtrend below its 200-day average, my outlook faces the lingering risk that the bear market has not finished. This dampens my near-term expectations against my view that opportunity has been presented.

Looking ahead, the October low at 3,500 is significant, it’ll be more important that internal breadth does not re-broaden on any subsequent market drops. If nothing changes, nothing changes! If the market continues its decline, longer-term interest rates do not decline, and the Fed does nothing to switch its aggressive stance, then the markets could remain difficult. With these points being known, a change in something structural is needed. 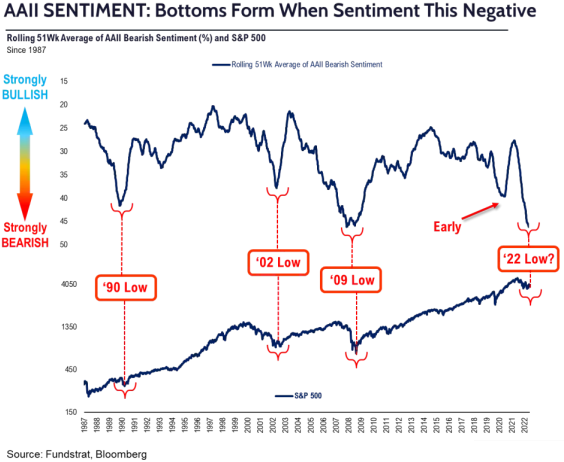 It should be noted that this bear market has not been in full swing during a recession. Therefore, in looking at history, the recovery could be sharp and quite large. Assuming October marked the final 18-month low of the 2022 bear cycle, this is the basis for a December 2023 gain from current levels.

Additionally, we’ve found that the best one-rule definition of a cycle bottom is an 18-month low because, unlike a 20% decline, it considers time spent moving sideways. Most publicized measures use the amount of the decline vs. the period that the market has been in a decline. Time tends to be a more accurate measure when examining recoveries. The arrows below are the declines where there has been no recession present. This could be an important distinction.

The last point I’ll make in this week’s note comes from Ari Wald's Bear Market Checklist. According to him, the textbook criteria for a market bottom developed in October, and, if true, this can be an opportunity for the long-term investor. We won’t know for sure until well after the fact, but many measures support that October could be important. While this places the current cycle at a crossroads, I want to make sure that I am being clear the emphasis is on October’s long-term opportunity, and concurrently think additional basing is still exhibiting itself. 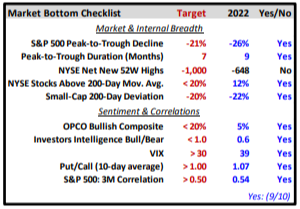 Historical probabilities favor a bullish reversal based on the above-mentioned points as well as the checklist above. The S&P 500 fell 28% peak-to-trough over nine months in 2022, ending in October. This may not seem like a tremendous amount as there have been devastating declines before that have been double this. But this is why I stressed above that there is no recession present in this pullback. Most major declines are associated with a negative structural issue. That is not the case “this time.”

In the post-war era, we’ve found 16 out of 20 bear cycles (80%) were either limited to a 30% drop or lasted less than a year—many of these also only retraced 50% or less of the prior advance. This is why I believe historical probabilities favor a bullish reversal. We’ve only counted four declines that were both long and deep: 1968, 1973, 2000, 2007. Credit conditions are stronger now than they were in those outlier periods, and macro concerns appear overstated too.

In closing, although the market's action last week was far from positive, statistically, we are at severe extremes and often directions change before the reasons for the decline change. The markets tend to be a discounting mechanism and economic slowdown and unemployment rates seem to be the initial measures needed before a structural and overt change by the Fed.

Please feel free to call or write in should you have any questions. We are always available for you! Happy New Year!