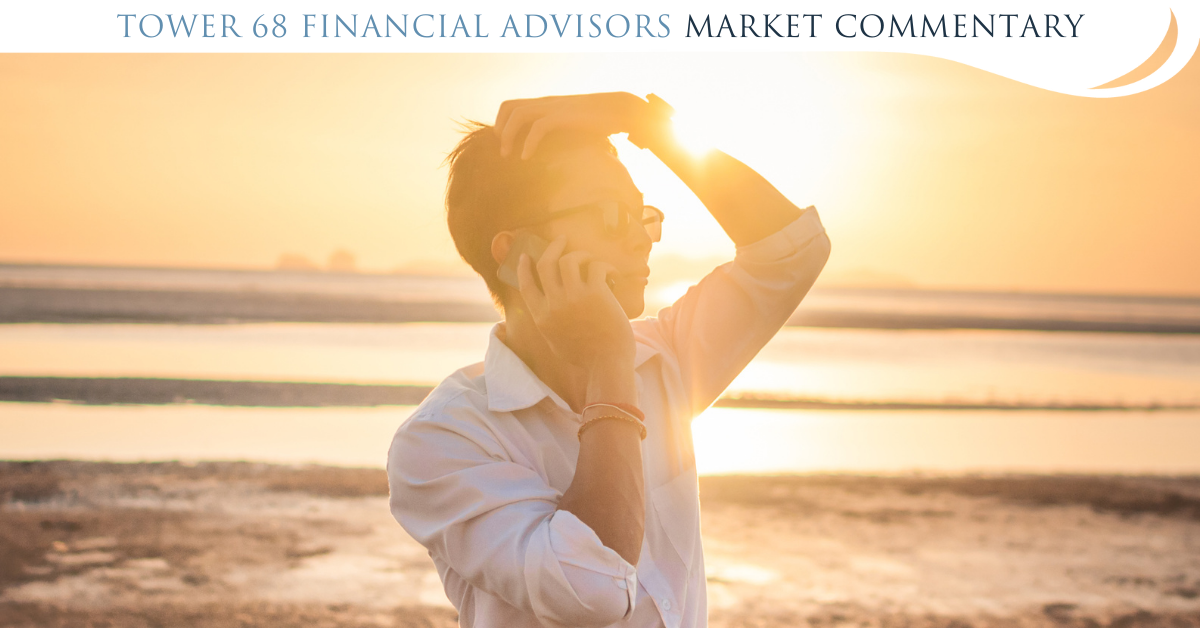 Is It Time to Buy Buy or Bye Bye?

By any number of measures, the markets have taken quite a hit. For example, as of January 25th, 2022, the average stock in the Russell 2000 Index has experienced a drawdown of almost 40%, and in the NASDAQ Composite, the average stock drawdown was almost 47%. This was against an S&P 500 Index drawdown of 11%. Moreover, Small-Cap valuations (S&P 600), measured by next twelve-month P/E multiples, compressed to a 20-year low, down to 14.5 times, 4.5 times lower than pre-pandemic. From a sector perspective, the rolling average over the last 252 trading days relative performance of biotech against the S&P 500, reached almost -60%, also putting in a 20-year low. Lastly, by the last week of January, more than 30% of NASDAQ stocks closed at a 52-week low. This has happened 17 times since 1998, with the median subsequent one-year return being 57%, and in all instances leading to positive returns(Source: Advantage Advisors, January 2022). So, again, as I have titled this report, is it time to buy buy or say bye bye? To many, this is what it feels like to buy low. But not if it isn't the low! And of course, we won't know this till after the fact and the markets have mounted a broad recovery.

Last week the S&P 500's bounce stalled outright at the resistance window of previous rally points and broke down. Please take a moment to look at the chart above. So as a portfolio manager, I really haven't been doing much but cleaning up portfolios and slowly dipping my toe in the water.  At present, the only place that any stability or appreciation has been recognized is in the oil patch, the commodities pit, or in the financials (predominately the regional banking group). In recent retrospect, this makes some sense since the Russian friction is over oil supply. Resulting in the price of both US West Texas Intermediate and Brent Crude moving in on $100 a barrel. Commodities, in general, are still reflecting excessive demand and a lack of supply due to labor shortages, inventory shortages, and supply chain constraints. As for the financials, they have been waiting patiently for short-term interest rates to go up so they can capture the spread on what they earn on short-term deposits vs. what they are paying out to the depositors.

The Fed is commonly said to have a dual mandate:

That's it! They use monetary policy to help make sure everyone who wants a job has one while trying to keep inflation at a positive but low level. They aren't there to direct the economy, yet the way the media is reacting to every word, from every Fed Governor, you would think these Fed Heads are the rule-makers of the economy! It should be remembered that the only thing the Fed really does have control over is fiscal policy. This is the ability to move short-term interest rates to member banks of the Federal Reserve. The problem (one of a few I will go over) is that prices ARE NOT "stable" right now, as inflation measures are at their highest levels in 40 years.

So, what is the Fed to do with their current "zero interest rate policy?" We have a ballooning US Government balance sheet but an economy that really can't afford interest rates to be raised to a point that it takes a slightly recovering economy and throws the brakes on and puts it into recession. Clearly, the consumer inflation is due to the unprecedented helicopter money that was dumped on our population due to COVID-19. But Fed Chief Jerome said that all these "stimmies" are going to end and interest rates are about to be "normalized."

Can the Fed "thread the needle" this time and create a soft slowdown? If the Fed increases the Fed Funds rate by 1%, at the current level of debt, it would cost the US Government an additional $568 billion annually to service this debt. Clearly not an easy pill to swallow. I keep my eye on the US Dollar because if the world thought that we were on a crash course with a recession, the US Dollar would probably be falling hard, and it's not.

At the end of the day, the Fed really doesn't have a choice but to raise interest rates, because if they don't then we suffer runaway inflation which could be even worse than the recession that would likely be caused should they raise the rates too much. The stock market has clearly woken up to the path of the Fed to take the punchbowl of unlimited access to cheap capital. The real question that nobody has an answer to is whether the rate of GDP will be slow enough to infer that the inflation we are seeing is really just a spike from a really low and depressed economy or a sustained inflationary trajectory. I don't profess to be smart enough to know the answer to this question, but I do believe that aside from commodity prices and some other consumer measures, around October we probably saw the high point and we are sort of leveling off and should probably slow up to some extent in the next few months. I do not believe that it is in the best interest of the current administration to do something to cause a recession leading into November, a midterm congressional election. An election in which they are already at a huge risk of seeing a possible major change over in their party leadership.

This brings us to the issue of Russia and Ukraine. To begin with, what does Russia want with Ukraine? Clearly, it is based on oil. In the last couple of years when oil was down under $50 a barrel, this really wasn't an issue as it was not profitable there to drill for it and transport it. But when you take it up to close to $100 a barrel then things get more interesting. This is the catalyst for the Russians because the Russians want the pipeline done and want control of the pipeline. The announcement out of Washington and London last Friday that Russia was about to invade Ukraine was not taken kindly by the stock markets of the world in every place but the oil markets. It must be remembered that the global energy bill represents almost 10% of the world's nominal GDP. At some point, too high a cost for energy could lead to an inflationary bust. However, if progress toward a peaceful resolution is achieved, the price of oil could back off and all back down to the $85 area. As of last Friday, 12-month future oil prices were down to $82.80, inferring lower energy prices going forward. I take this to mean that the oil sector of our markets could still remain strong, but that runaway oil prices probably won't happen.

Now to look at some rays of sunshine. Leading economic indicators like wholesale inventories and the Baltic Dry Index are suggesting that pricing is abating because bottlenecks in the supply chain are easing. Moller-Maersk, the world's largest shipper, suggested the global supply problems had peaked, and bottlenecks would be alleviated in Q2. The next ray was that prices for core goods slipped in January for the first time since Covid started. Shoppers will likely stop hoarding. The inventory-to-sale ratio at US retailers shows the number of months of inventory on hand is rising. Sales at bulk retailers were 27% higher in dollars and 18% in volume during the fourth quarter of 2021, compared with the same quarter of 2019. This seems to point to the slower growth of inflation of late.

In closing, the US stock market is about as cheap as it was before the pandemic hit. The selloff in growth stocks has brought the sector's valuations back down to historical norms. On Friday, the S&P 500 was trading at 19.5 times projected 2022 earnings. This is slightly above the five-year average of 18.9%. And at that time long-term bond yields were higher, above 2%. So, barring a geopolitical event (a Russia-induced war), or a gigantic market correction (in stocks or bonds), either of which could push our economy into a recession, I believe are essentially out of the question. The new term, for now, might be "growthflation" not "stagflation." The markets might continue to be volatile as I expected into the end of Q2 given midterm history, but we could have already suffered the worst part of a non-recession induced digestion and the markets could enter summer trying to right themselves into a continuation of the expansion we have been enjoying over the last few years. The types of companies might change, as technology and consumer discretionary can't lead forever, but there are many industries that pay good dividends, have good balance sheets, and are blessed with humble management with good vision. Time will tell, but I can guarantee you I will be watching and adjusting.