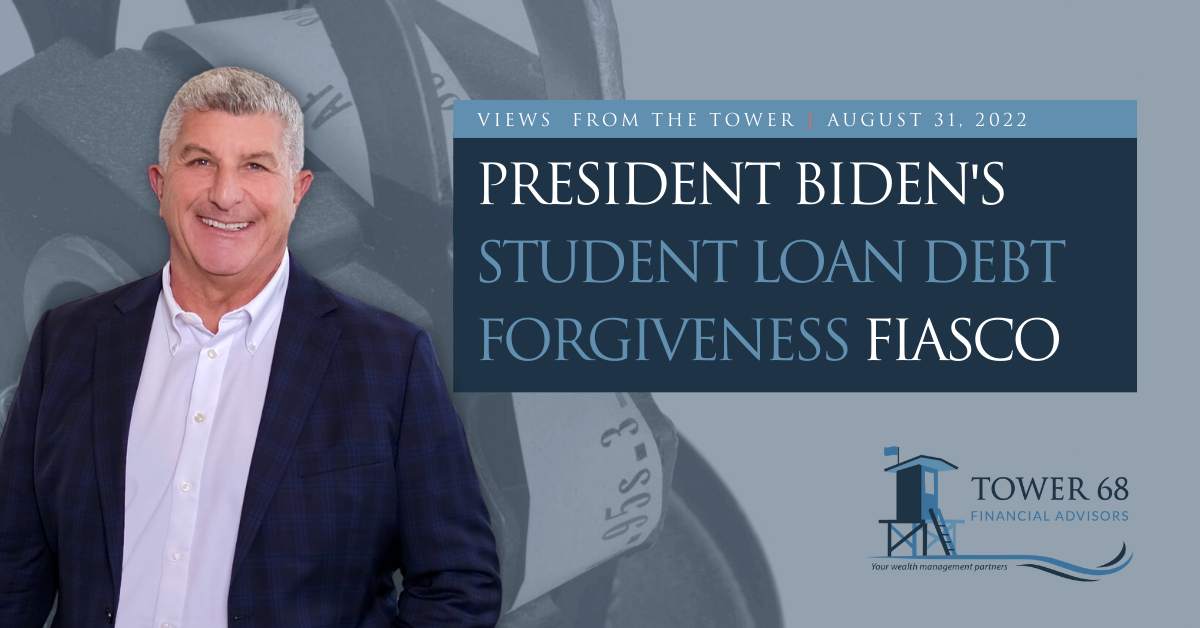 In last week's note, I gave numerous charts and tables explaining why I believe that the market decline had run its course from January 4 through June 16th of this year. In actuality, there are many leading companies that actually began to show some level of weakness or at least not leading market strength as far back as February or March of 2021. The leading index, the NASDAQ 100 actually topped out in November of last year. My point is that the correction that we have been experiencing in the markets actually started to "hint" to its existence far sooner than January 4th. The breadcrumbs that a change in the markets begin to show can't really be relied upon until there is enough evidence that there is a change in the offing.

That being said, after a reprieve over the past couple of months that has shown a recovery move that has gone on virtually unabated since June 16th, it appears that another corrective phase has returned. 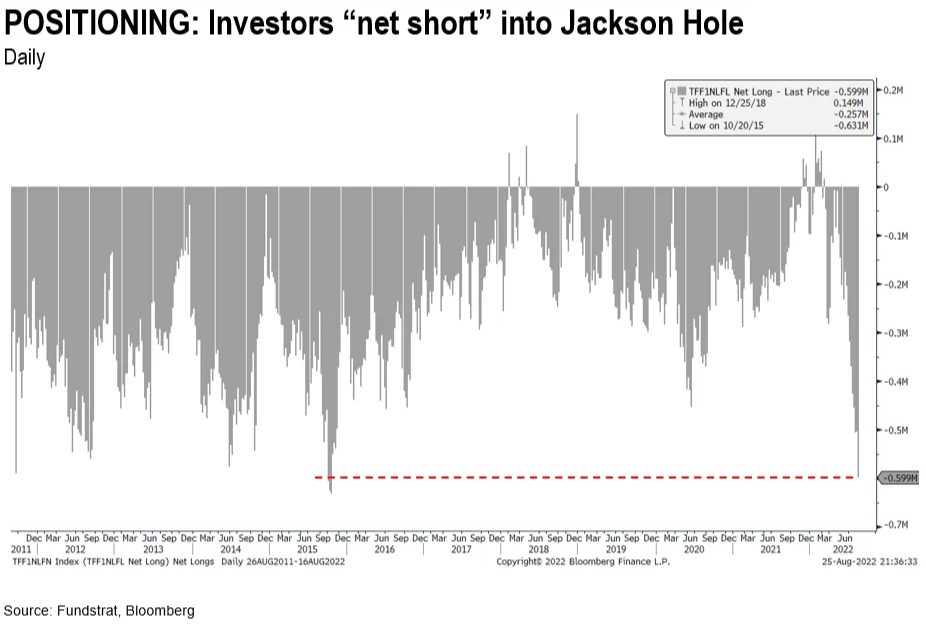 Many who look for an exact reason to hang this digestive move on will choose to blame it on the Federal Reserve’s Jackson Hole event. Federal Reserve Chairman, Powell, lived up to his commentary expectations, producing the kind of volatility that had been feared. Powell commented that the strong employment data and the recent rally in the stock market would provide the Fed the cover to continue to talk a big game vis-à-vis their inflation fight. He essentially repeated what he has been saying all along – that they are not ready to declare victory over inflation and will continue to tighten monetary conditions until the numbers revert closer to their targets even if it means causing economic pain in the process. The only real surprise on Friday was that the market looked to be caught completely off-guard by the hawkish rhetoric. It wasn't that there were some new and unexpected economic indicators that changed the course of employment, wages, or prices instead, the Fed Chairman simply said that he could not rely on one month's worth of data showing that inflation could be easing and make major policy decisions without more time. 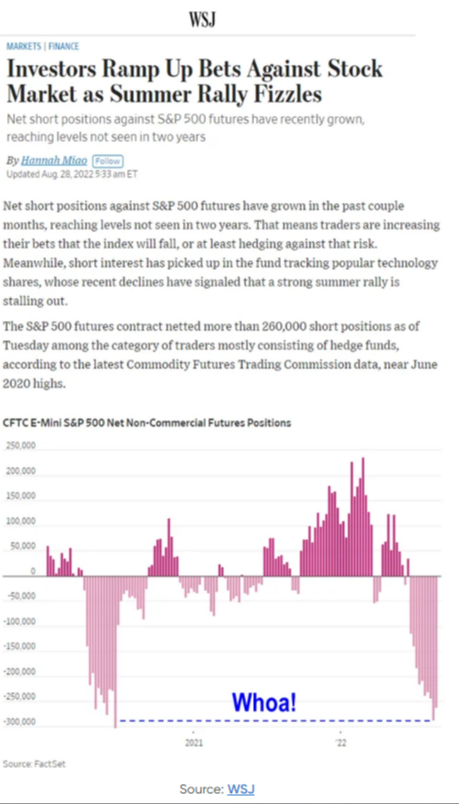 Perhaps investors were just too short-sighted to notice that the Fed has provided no indication that they are yet ready to pivot to a more accommodative stance.

It is clear that until the Fed sees enough data, for long enough, we are “fighting the Fed.” This is all depending on a "hopeful" set of convincing data at a time when the economic data continues to remain mixed at best and the leading indicators are weakening. Therein lies the dilemma. It’s a worrying combination of headwinds. On one hand inflation is trying to be moderated by raising short rates, and in raising short rates housing has come to a screeching halt and the labor numbers are not showing voracious employment. As a result, the kind of sharp decline we’ve witnessed over the past couple of weeks – a 6% drop in the S&P 500 so far – was exactly what I was concerned about.

So, what is an investor to do now? I believe the same as normal. Own quality! The Fed will stop raising rates! When? When they feel that they have seen what they need to see to either stop raising or reverse course. I am almost certain that the markets will stabilize ahead of this policy change, but not sure if this will occur at the September 21st Fed meeting or soon afterward. Should we get some softer economic data and or softer inflation readings, the Fed may say that it is time to take a breather and wait until there is more data to be had before piling on more or changing course.

The last point I would like to address is Biden’s Student-Loan Fiasco. The key is that as bad as it is, the cancellation of some student debt that already exists is only a small part of the policy change. The much bigger change, and the one that the market has finally begun to absorb, is limiting future payments on debts to 5% of income, but only after the borrower's income rises above roughly $30,000 per year. For example, if someone makes $70,0000 per year, then no matter how much they borrow they're limited to paying $2,000 per year (5% of the extra $40,000). After twenty years, any remaining debt would simply disappear. Think about the perverse incentives in this.

Labor Day is this coming weekend. Economic indicators are not expected to be that important for the remainder of this week. Institutional traders are probably enjoying their last weekend of summertime in the first year that they could actually enjoy their summertime! To me, this is a recipe for lower volumes and higher volatility. Time will tell, but I am looking forward to making it through September and being properly prepared for the Mid-Term Q4 rally which historically presents itself and helps Christmas arrive a bit earlier than the calendar expects! I know this is a shorter note this week, but there really wasn't a lot more meat on the bone to gnaw on. Please feel free to call should you have any questions or concerns.