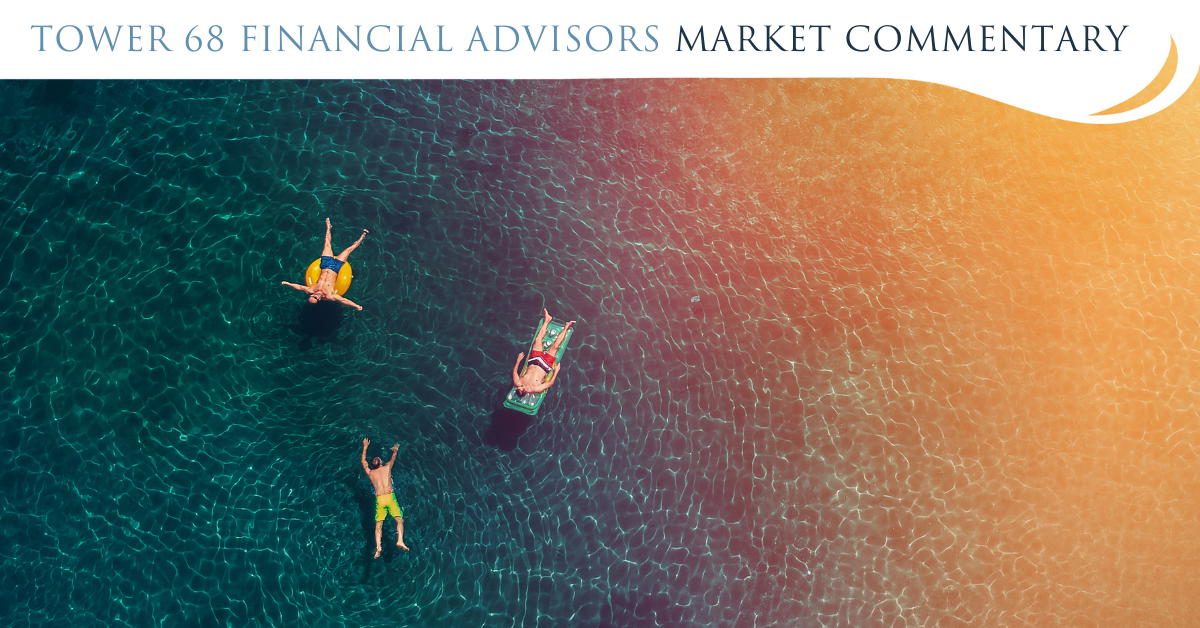 To begin, I hope that everyone had a good Memorial Day weekend. I certainly did after the week we just experienced. After seven down weeks back-to-back, the markets finally had a positive one! Unfortunately, this is how Bear Market rallies usually work. They tend to be swift and sharp, a manner which catches most investors flat-footed and then scared to get back to looking for upside. 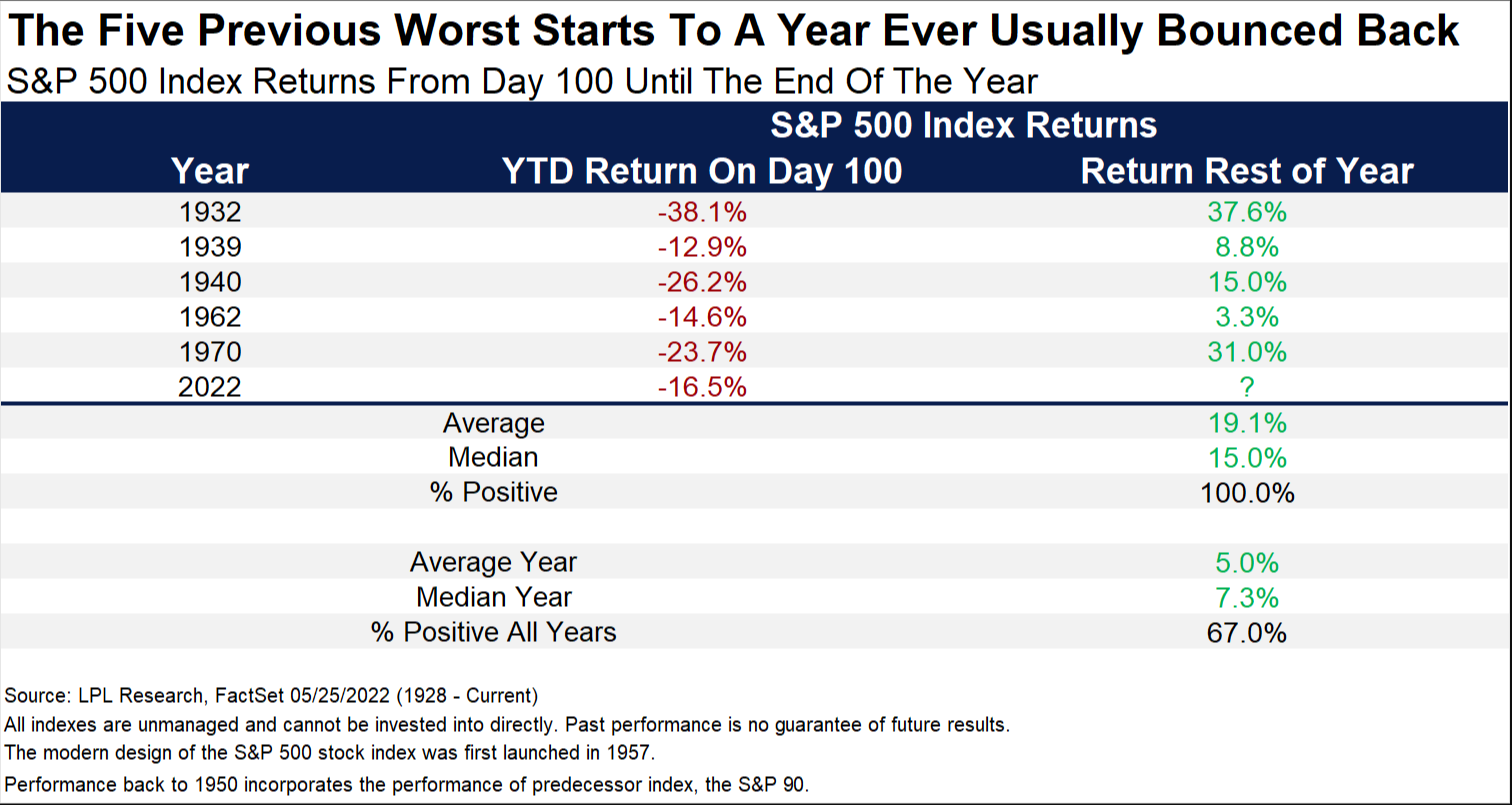 But lo and behold we had three days last week where 80% of the S&P 500 companies were up in price. NOT A COMMON OCCURRENCE!! This is what has happened after these three 80%’s over the last 50 years: 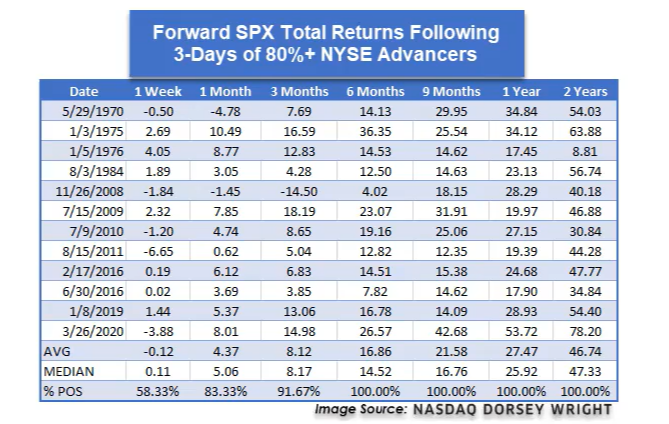 There are extraordinary factors at work right now that we have not had to deal with before, but in retrospect, they seem far less grave than these historical precedents. Namely, the removal of trillions in liquidity that gave the markets a ‘high’ feeling but was followed by a ‘comedown’ effect. Resulting in the Fed injecting a massive amount of money into the economy because of the extreme halt in everything due to the COVID shutdown. The question logically becomes, "Did the Fed do too much? Did it apply the liquidity in the right places?" Both logical questions, but, since there has never been a pandemic before, particularly on a global scale, following the financial debacle of 2008-9, if it weren't real, it would have had to have been fiction.

Given this is all now known, true, and understood, I believe it is most valuable to measure a few different statistics to evaluate how an investor should approach the markets. A week ago, Friday (before last week's positive move), some optimism was being provided by a nice beginning bounce. On options expiration day (normally excessively volatile in general), the S&P 500 and the NASDAQ 100 both jumped 2.5-3%, respectively, off their earlier morning lows. Now, there are a growing number of factors supporting a potential low either being close or being "in." This does not mean that we are necessarily back to a full-blown reengagement of the bull market phase that we have been in since the COVID low of March 2020, but still an ample number of measures that support at least a measurable amount of room to move to more neutral levels. 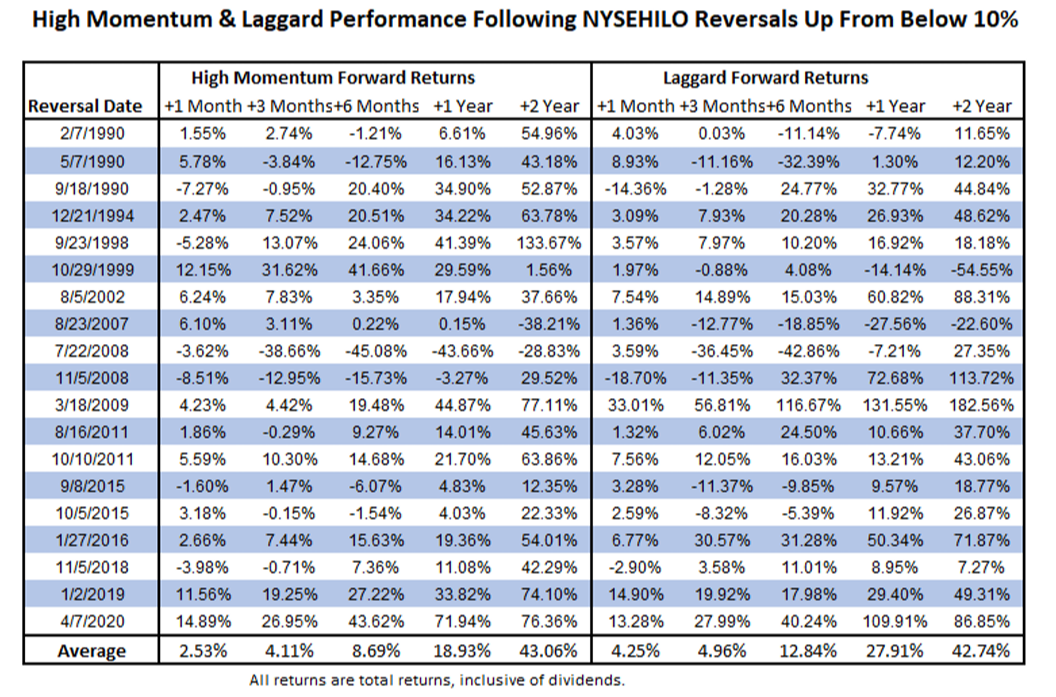 So basically, we have a market that was, in retrospect, probably overextended to the upside. Now, it appears it could be, based on a lot of different measures, overextended to the downside. The thing is that nothing is for sure! Often the dear get dearer. We can only read the tea leaves as they are laid out and play the hand as it is dealt. At the same time, we need to know what portfolios contain, and whether the time horizons investors have are appropriate for the risks that are being taken.

In The New York Times this past weekend, there was an article titled, "Look at History to Prepare for the Future." It began with the phrase 'stock market declines have investors wondering what their next moves should be.' What is truly fascinating is that if the bullet points above prove to be true, as they have historically, then keeping great companies that are part of the strongest economy in the world should prove to be the best decision.

It is true, the numbers aren't pretty year to date, but stocks rose 6.6% this past week, the first weekly gain in two months! It is certainly conceivable, though I think unlikely, that the worst of the damage is over, and that the downturn of 2022 was just a flirtation with a Bear Market - a short affair that was never consummated. The last time that we experienced a bounce back off a very negative market was Christmas week 2018. It had been falling for months as trade tensions between the US and China (sound familiar) mounted. That Christmas Eve, the S&P 500 closed down, similarly, almost 20% below its peak. On that day it tried to continue the decline and reversed to close positive for the day, very much like two Fridays ago. The market went on to gain 44% until its next big stumble early in the COVID pandemic in February 2020. According to Jeffrey Saut, of Saut Strategy, this is what he sees today, much like the bounce in 2018 mentioned above: “It looks to me like earnings will grow by about 10% per year going forward. That implies an earnings number for the S&P 500 of about $275 in 2024. Using a reasonable P/E multiple of 22X, which I think is warranted in this low-interest-rate environment, suggests an upside longer-term target of roughly 6000 for the S&P. That’s up some 44% from where we currently trade. As the economy continues to reopen.” I find this a staggering number indeed given the amount of pain the market has endured since last November.

The press will find no limit of examples showing why this decline is just getting warmed up on the downside and quite possibly this is true, but I have a hard time with this. It seems to me that in every painful decline there is something that is a very speculative bubble that just blows up. This time could it be this so-called "Stable Coin?" Something that proved not so stable. Remember not so long ago the "Auction Rate Preferreds?" Sort of reminiscent of the almost complete failure of our US financial institutions when Bear Stearns, Lehman Brothers, and AIG were flirting with complete disaster. I could explain further, but there are a good number of movies about the subject that are far more entertaining than I am. Suffice it to say that our financial system is resilient. It stumbles and falls, but tends to stand back up, brush itself off and continue to fight another day.

In closing, the broad markets may have seen their lows in this cycle or maybe they haven't, but no matter which it is, there are industries that flourish in the wreckage and those that are born within and grow up from the wreckage. It is important to be continuously paying attention and positioning to take advantage of longer-term trends. In my opening paragraph, I mention that this year was one of the worst first 100 days ever. Remember, the five worst starts of the year showed the remainder of the year up every time, an average of 19.1%! One of the best technology companies of this cycle came out a week ago and said that their cloud storage business grew 83% in the last year. This doesn't sound like the end of technology and software to me. It could be that some of the more speculative technology companies were given more attention than they deserved and have now completely round-tripped from unknown beginnings to wonderous valuation and now crashing back to earth much like the more speculative companies in tech did in 2000. Investors must segregate their opinions of companies by evaluating histories, consistencies, managements, and broad business opportunities, just to name a few. We will continue to be available to discuss your personal situation with you and do all that we can to align you with what should be best given your time horizons, risk parameters, and the global landscape.