Santa’s North Pole Takeoff was a Little Rocky This Year

At the close on Friday, the NASDAQ Composite Index was down 6.1% and the S&P 500 was down 3.5%, from their recent all-time record highs. 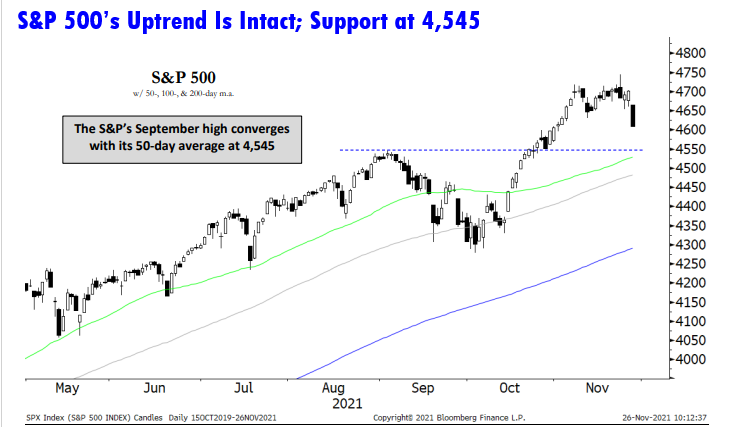 The 10-year US Treasury yield had cratered from 1.71% to 1.34%, a decline in the 10-year yield of almost 22%, and oil prices on Texas crude had dropped from $85 to $65 a barrel. In a nutshell, the speculative froth on the markets burned off like the alcohol on a Sambuca at an Italian restaurant. 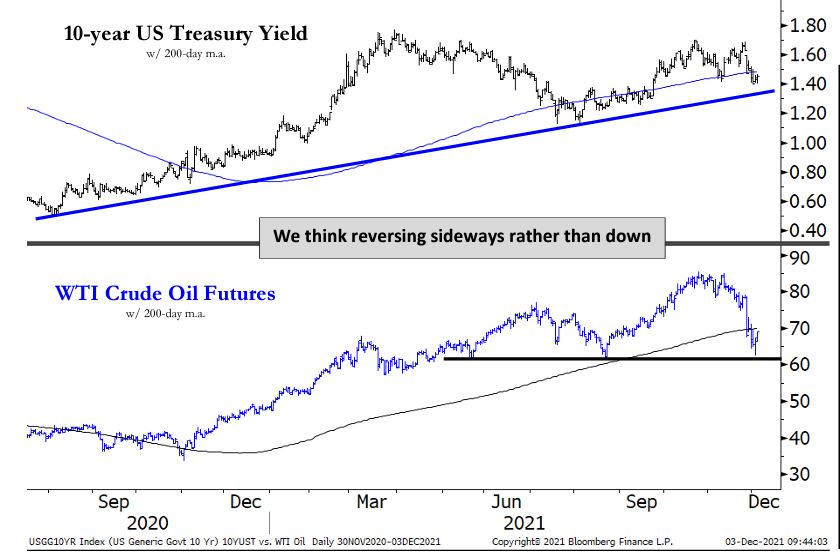 Meanwhile, there continues to be endless hand wringing about tapering and tightening and the need to stem the spread of inflation. It is actually starting to remind me of the '70s, when policymakers would whipsaw between goosing the economy through loose money and extra government spending, then battling the ensuing inflation by tightening monetary policy, slowing the growth of spending, or even by raising taxes. The most recent such tug-o-war was back in 2014 when the Fed finished its tapering operation, it raised rates only when the 10-year yield was above 2%, not below. It's hard seeing the Fed getting aggressive with rates with the 10-year yield south of 2% and, right now, we're at under 1.4%. Maybe the Fed will raise once; two or three times seems like a stretch, even if the economy could handle it and inflation suggests more rate hikes are needed.

This brings me back to my letter of last week when I mentioned what was really bothering me. You see, we have had a spate of economic indicators that have been on the positive side, and then Wham-O, we get this jobs report on Friday that was clearly a muddle. I say this because the unemployment rate dropped to 4.2% but at the same time, we got a paltry payroll increase of 210,000 when the economists were looking for over 500,000. This November number was the lowest monthly growth all year and far short of expectations. Yet under the hood, the household surveys showed many people coming back to the workforce. What I got out of this is that with oil and rates dropping and the number coming in light, the Fed really can't afford to start raising rates — the market is telling us this. If the rates continued to rise above 1.71% and the oil prices stabilized in the low 80's or high 70's, that would appear to me that demand is up, and the economy is starting to hum. The only real positive that I could find in recent history was that with only four companies left in the S&P 500 to declare Q3 earnings, profits are up 40.3% from a year earlier on the back of revenue growth of 17.3%. Some 81% of firms have reportedly beaten analyst forecasts (source: Bloomberg). 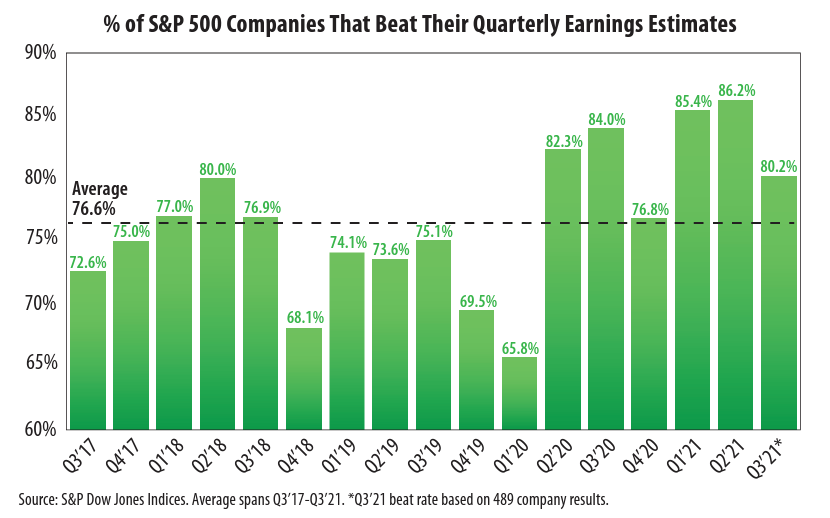 In this week — barring the emergence of more "catalysts to sell without FOMO" — we'd expect stocks could move to regain some of the ground lost last week as fundamental investors seek out "darlings that are beat up like babies that had been thrown out with the bathwater, and that it might be time to buy the dip." As it appears that high-flyers (2021 market leaders) have quite visibly had their wings clipped. Even still, we noticed over the weekend that Goldman Sachs lowered their Q4 GDP forecasts from 4.2% growth to 3.3%, and for the year 2022 from 3.8% to 2.9%. This clearly is not a picture of runaway / inflationary growth rates, and one that supports letting the markets do their thing where the Fed has no need to enter the picture. Of course, only time and the new Omicron variant will really know for sure.

All of this brings me back to my true belief that I regard the current period of elevated inflation as stubbornly transitory and therefore it will take time for the problem to be resolved, but it will not persist for years and create a 1970's-style multiple-year inflationary environment. You see, I feel that there are three primary causes of the above-average inflation trend, all of which are closely related to the pandemic. These are:

In the end, the issue that most concerns me is the effect of COVID-19 fears on labor markets. A little-known fact is that close to 50% of those unemployed cite non-economic reasons for not working due to COVID-19 fears and caregiving responsibilities. This data strongly suggests that the key to returning to normal labor market conditions is to move from the pandemic stage to the endemic stage, wherein the coronavirus is consistently present but confined to particular areas thereby making the spread of the virus predictable. Malaria, Dengue Fever are examples of endemic diseases in specific regions of the world.

In a major win for investors, Senators Manchin (WV) and Sinema (AZ) successfully blocked the effort to raise the top corporate tax rate to 28%. We expect this rate to stay at its low 21% level given the increasing probability that at least the House will revert to GOP control following the 2022 mid-term election. The 21% rate provides more money in corporate coffers for shareholder dividends and stock buybacks. Mr. Market, mic drop, please!!! From a technical perspective, I call upon one of my favorite strategists, Ari Wald, who this weekend stated, "While not a standalone trading signal, we've found there are occurrences of market volatility around the start of a Fed tightening cycle. Our analysis also indicates forward returns remain above average over the next 6-12 months, leading us to believe market weakness caused by the fear of a policy change should be used opportunistically." According to Ari, this is a typical "pause that refreshes" rather than the beginning of the end.

My indicators are at a highly oversold level, and the darlings tend to be taken out back at the end of a sell-off, not at the beginning. So, we will see what this week holds. But in the end, as I had said last week, you only have two weeks left to do your shopping, so you better get on it! Not good to be naughty rather than nice.