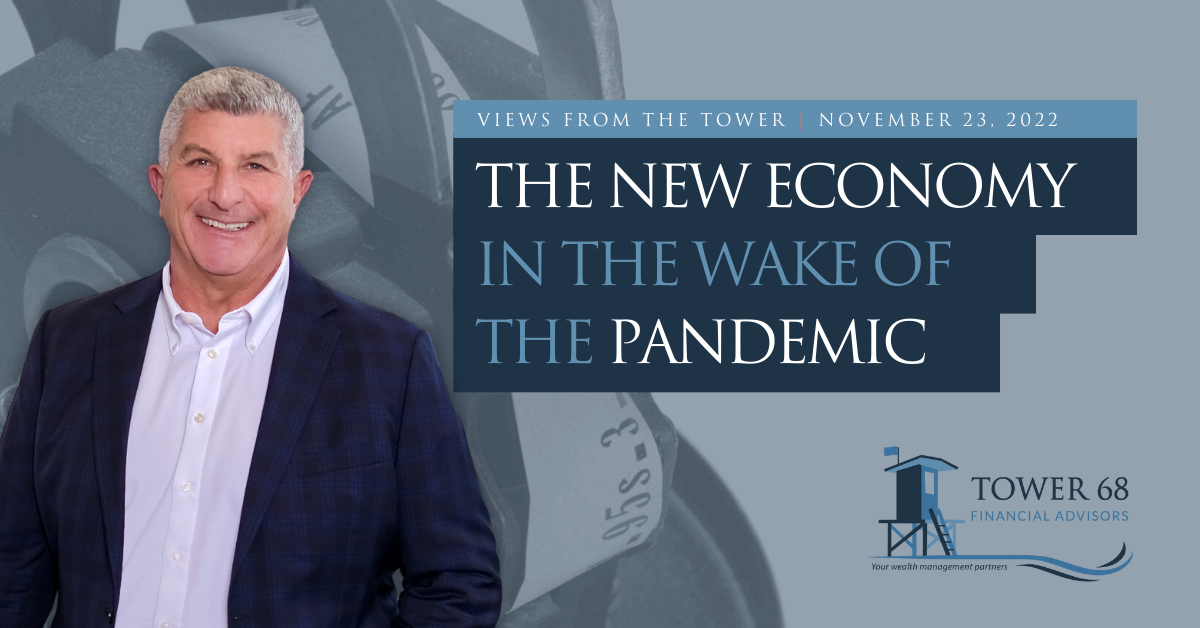 The New Economy in the Wake of the Pandemic

It doesn't seem to feel like it has not even been two years, but there’s no uncertainty for me in believing that locking down the economy to “slow the spread” of coronavirus was a massive mistake. There are no conclusive reports (conflicting at best) that death rates were lowered in response to government mandates and lockdowns. Business activity in certain sectors would surely have slowed as individuals protected themselves from the virus, but the government didn't have to aggravate the problem by applying a version of martial law.

There is clear evidence that closing schools caused a harmful loss of learning, which could affect the incomes of future workers for decades while paying people not to work has warped the labor force. In other words, the US enters the decades ahead with more debt, less spending power, an undereducated population, and less petroleum put aside for national defense. The US has made the future riskier.

No one can know exactly what the near-term future looks like. According to several analysts, the consensus is that the US faces a recession. Normally, we would disagree with conventional wisdom, but this time appears to look much different. Most people think that a recession is coming as the Federal Reserve has lifted interest rates at a voracious clip. This has hurt the housing market substantially and provides a model for what the damage could look like to other sectors as these rate hikes bite. However, it’s important to remember this is the first rate-hiking cycle in an inflationary environment that we have seen in many years, with a set of entirely new liquidity metrics that previously would have been unimaginable.

The US has borrowed from future generations by handing out pandemic benefits in excess of lost earnings. Then it taxed the economic activity that this borrowing created, yet kept small businesses closed in many states. Most of 2022 has been a cascade of ever more troubling developments, from surging inflation, the Russia-Ukraine war, the Fed going full Volker, the issues with China, and multiple seismic crypto meltdowns. The compound effect has pushed interest rates higher, panicked policymakers, and punished equities across the globe. Still, equities found some sort of footing on October 13th- the day after the September CPI report. Just when it appeared that things would continue to worsen, last week was somewhat of a game-changer. This was principally due to the far softer October CPI, but several other signals were generated last week as well.

After last week, Ari Wald, a financial analyst and someone I hold in high esteem, titled his weekend rant, "Too Bullish, Or Not Bullish Enough?" According to Ari, he believes that the S&P 500 base (that bottomed in June, tested in October, and has since continued higher) is intact and while the Fed is not done, their slowing of the rate hikes could be the catalyst for the final breakaway into year-end. Although not imminent, it could still cause a broadening group of companies to show some recovering promise.

The list of occurrences that I noticed last week was as follows:

All of these are different than what has been experienced thus far in 2022, they have collectively created a confluence of factors that could suggest a change in the wind is upon us. Even though the gridlock in the House should prevent taxes from being raised, Federal tax revenue was 19.6% of GDP in the fiscal year that ended September 30. That is the highest on record except for the peak of the first internet boom in 2000 and World War II.

Due to the expected 2023 gridlock, lawmakers will be forced to do more with less. Congress, particularly the House, is invested with the "power of the purse," a.k.a. the ability to tax and spend public money for the national government.

For at least the next two years this action is probably over. Current US Government debt stands at just over $31 Trillion, and the number will likely increase due to revenue slowdown. According to the Congressional Budget Office, total interest payments on the government's debt could come in at nearly $580 billion this fiscal year, up from $399 Billion in fiscal 2022, as a result of higher interest rates!

The US stock market isn't out of the woods, but the forest isn’t appearing as dense at the moment. Should we get some lesser inflation readings and the Fed chooses to back off on the interest rate uptick, the markets might be able to get back on firm footing and forage higher.

This week, being a shortened one, probably won't provide much insight into the future. If international events don't erupt (the Qatar World Cup just started, after all) and the commodity and interest rate markets behave, Thanksgiving should be a restful one.