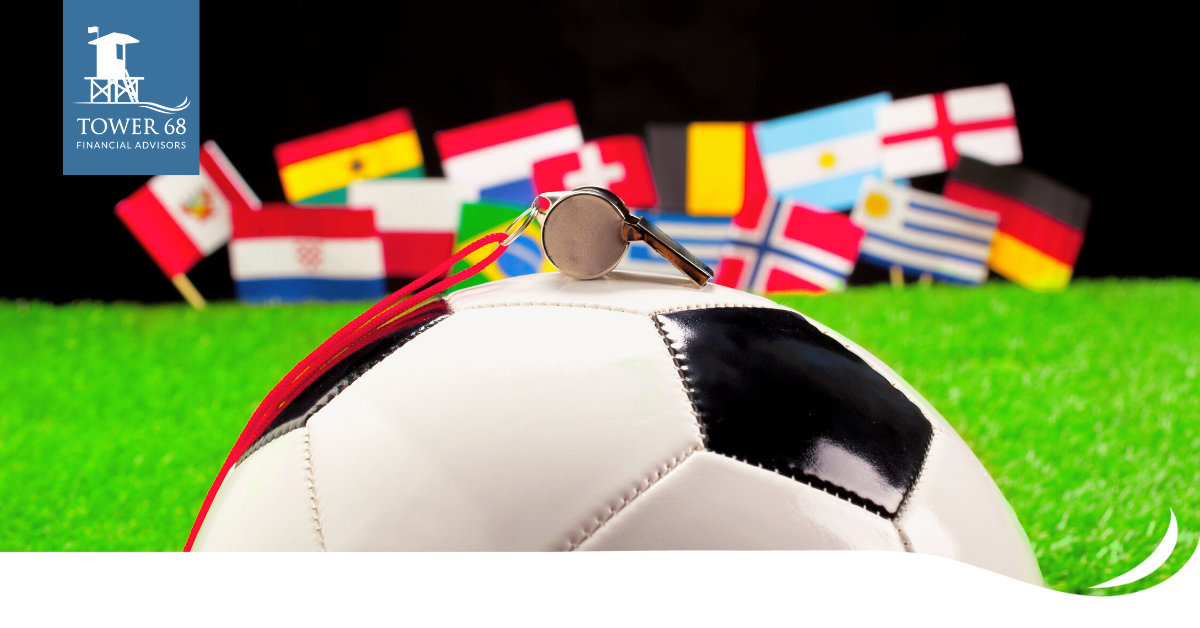 Why the FIFA World Cup is A Terrible Investment

The 2022 FIFA World Cup kicked off on November 20th when host-country Qatar lost to Ecuador 2-0, becoming the first host country in the competition’s 92-year history to lose its opening game.

If you did not know, the FIFA World Cup is the world’s largest sporting competition, held every four years when national soccer teams from around the world gather to compete. There are 32 teams divided into eight groups of four. In the opening stage, each team plays all the other teams in its group once, with the top two finishers in each group advancing to the round of 16, which then becomes a knockout tournament. The United States men’s national soccer team is in Group B, alongside powerhouse England as well as Wales and Iran.

You may have noticed that the vast majority of news stories about the 2022 FIFA World Cup have been negative. The human rights abuses within Qatar, safety concerns in the region, Budweiser’s problems selling beer and more FIFA scandals, just to name a few.

But that’s not what we’re going to focus on right now. Instead, we will think about the business of the FIFA World Cup. More specifically, we will address this question: if it were possible to invest in a stock that was directly correlated to the success (or not) of the FIFA World Cup, would it be a good investment? Here are some thoughts.

The World Cup is Expensive to Hold

First, here are the estimated costs of the last few World Cups, and the projected cost of the upcoming games in Qatar.

For comparison purposes, consider the estimated costs of a few of the more recent Olympics Games:

Now, most economists would agree that countries that host the World Cup (and the Olympics too) rarely, if ever, break even. And according to Andrew Zimbalist – a sports econamist at Smith College whose recent book, “Circus Maximus,” examines the economic consequences of the Olympics and the World Cup – host countries receive far less in revenue versus their expense.

And in the case of the 2022 FIFA World Cup, Qatar is expected to receive at most $7.5 billion in revenue.

We don’t know under what circumstances investing in a “company” that had expenses of $250 billion with revenues of $7.5 billion makes sense. But let’s see if that revenue number should be higher – because there’s a good chance the actual expenses were higher than reported.

There are two common themes that host countries tout when bidding for the World Cup.

The first is that there will be an increase in tourism and the second is that the infrastructure to be improved/built will have long-lasting positive effects for the residents of the host city.

The World Cup, watched by millions on television all over the world, offer a host country publicity that is almost unrivaled. In the 2022 tournament in Qatar, the viewership is predicted to be 5 billion across the world, making that an average of 227.27 million per day.

Did you know that Fox and Telemundo (owned by Comcast/NBC) agreed to pay $400 million and $600 million, respectively, for the rights to broadcast this year’s World Cup (ESPN and Univision paid a collective $425 million in 2010)?

But besides the great publicity, how much does a host city make from this television arrangement? The answer is nothing. But for purposes of this exercise, let’s say the host country receives ALL of it – so roughly $1 billion.

Let’s further make some assumptions with respect to the benefits of tourism to a host country, but from a simpler approach. Imagine that every man, woman and child from the globe travels to Qatar in 2023 and spends $5 – now we’re up to $40 billion in “revenues” to the host country.

(A fair comparison of how much money is spent because of an increase in tourism requires some sort of estimate of how much would have been spent without them – and that’s enough to make your head spin. But let’s stick with $40 billion.)

The World Cup is A Terrible Investment

Nevertheless, the FIFA World Cup will go on and for those attending or watching, it is sure to be a magnificent show.

But when the soccer games end, the people of the host country will be left holding the proverbial bag.

This article was prepared by FMeX.