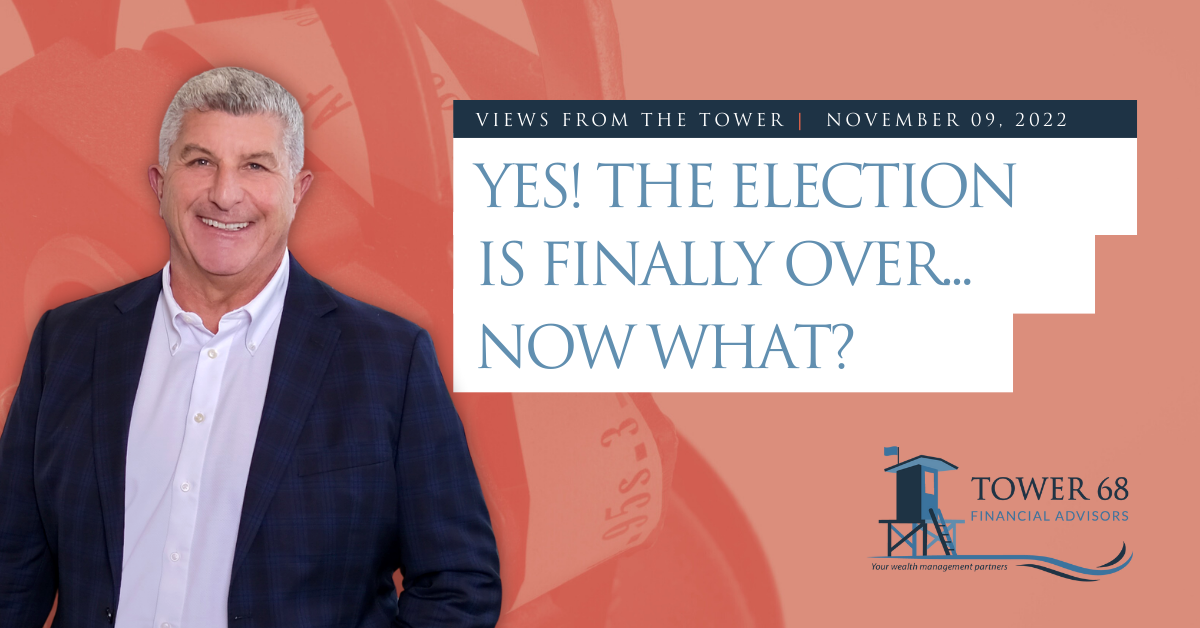 Yes! The Election Is Finally Over...Now What?

As I write this note on Mondays, Election Day is Tuesday and will bring results for key Senate, House, and Governors races from around the country, plus local legislative races and more. For the federal races, we project that the Republicans are essentially a slam dunk to take back the House of Representatives (betting odds 98% likely) and very likely to take back the Senate (betting odds at 80%). If we're right about the election outcomes, or even close, many stock market investors might take it as a reason to be bullish. The result would be "gridlock," which means no major federal legislation could be enacted unless it got significant bipartisan support going forward. Historically, the stock market likes gridlock as it means that there are no major policy changes and therefore concentration on unexpected variables is greatly diminished.

What we feel is most important is to look at the market as a market of stocks and not just a stock market. What I mean by this is that individual sector/stock performance should be more important than simple indexing. This year has been a devastating one for index funds. Balanced funds have suffered the same pain as well, and this is highly uncommon. This is due to the complete decimation of bond prices even without credit-related issues. Bonds have been the negative beneficiary of rising interest rates and as a result, they were not a place to hide out this year.

Who wins the elections this year should have an influence on which sectors might do better for at least the next couple of years. But simply expecting a quick end to the correction that has been going on since last November I believe could be expecting too much. Unless..... the Fed stops its relentless tightening. For years I have said that an investor doesn't want to fight the Fed, and this has been correct as rates have been declining. Now the opposite is proving true as well. The Fed has taken rates up so much, so quickly that it has put the real estate lending and used car sales industries in a complete state of paralysis, just to name a couple of examples.

Ultimately, the stock market will be dominated not by election results but by fundamentals. Right now, rates are higher, therefore the cost of funds is higher. The result is that profits into next year should be lower. But back to the here and now: the S&P 500 wasn’t able to sustain its prior rally above its 50-day average last week.

Still, our market outlook remains unchanged: a full reset in our market indicators is the basis for our view of a long-term opportunity. In addition, the S&P’s failed breakdown at its June low coupled with signs that downside participation is narrowing, as measured by an improving number of NYSE new highs minus lows, is intact and suggests a base is developing. The market’s ebbs and flows appear consistent with choppy base building, in our view.

This might not make sense to many, so I have attached a picture below. In looking at the chart below, focus on the lower right corner. The number of new lows has dropped dramatically. This tends to infer that the sellers are exhausted and that the mass exodus could be over. The top chart shows that since June the broad S&P 500 has been hammering out a low that could be the base from which it could then begin its next advance. I still feel that this 3637 level remains important as we don't want to see the market try and break below this again. 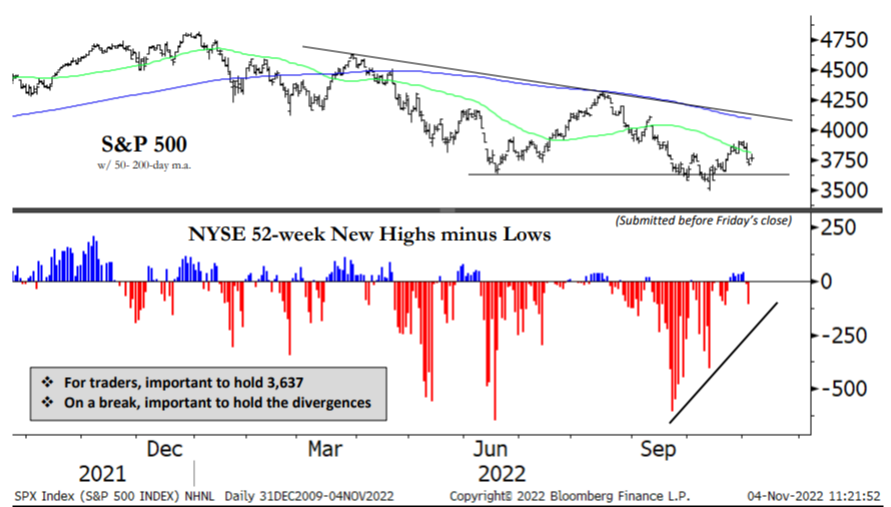 In light of my view that a market bottom is developing, we don’t believe this risk of the market going to new lows is as high as usual because: 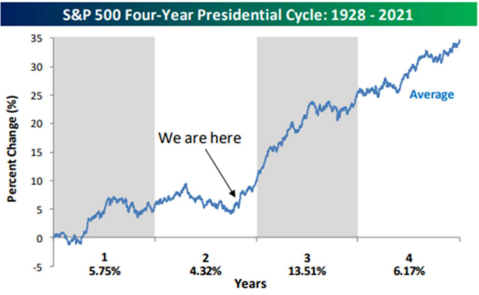 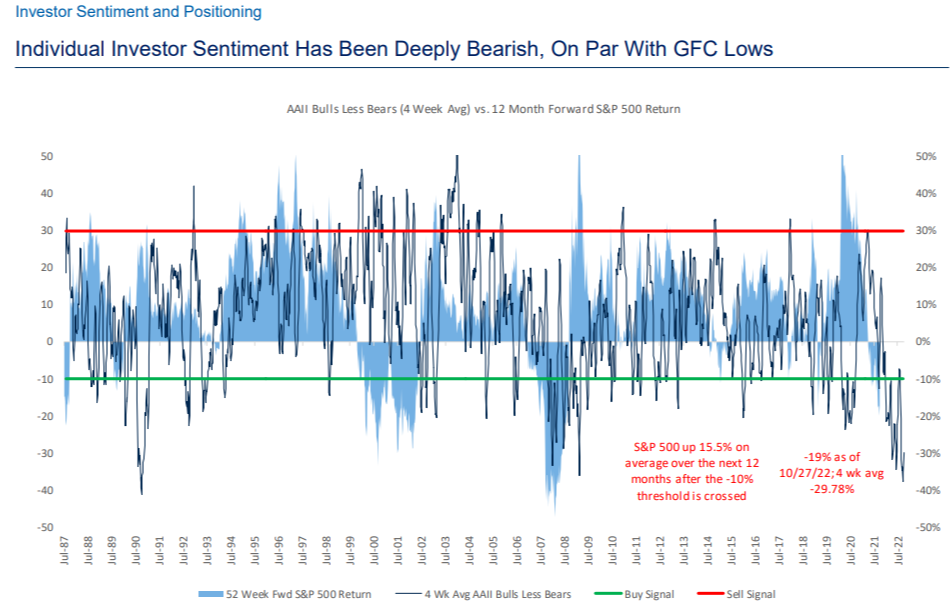 Yesterday was Election Day, and there are sure to be stories spun no matter what happens. And if the election plays out as the current polls and betting markets suggest, then at least in theory the market should already be pricing in the likeliest outcome and the impact should be negligible. Taking a step back, I generally believe that something as gargantuan and complex as the modern global integrated economy is bigger than just who is sitting in Washington.

The President and Congress can adjust the sails, but the winds faced will be the same regardless. In the end, the stimulus will not be increased if Wednesday gives us the expected gridlock, at least soon (December) rates will be ratcheted up one last time in 2022. Oil looks like it wants to go back to $100/bbl, China's shutdowns seem to be continuing, Russia is still battling with Ukraine, and there is appearing to be a clear separation of the wheat from the chaff in the case of Large-Cap technology vs. energy, industrials, and healthcare. It appears that being alert, not overly aggressive, and patient for more bottoming signs will be the most prudent course of action going into the second half of November.