Tower 68 Financial Advisors in the News 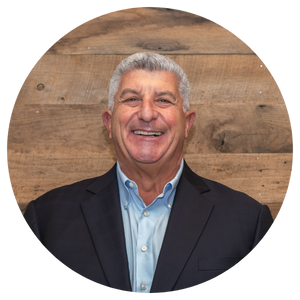 Originally published on February 26, 2022, in Barron's

by Lauren Foster and Andrew Welsch

Investors who lived through the 1980s may be experiencing a sense of déjà vu—persistently high inflation and strained relations with Russia. Vladimir Putin’s invasion of Ukraine whipsawed stock and energy markets on Thursday. It also provides investors with a rare buying opportunity and chance for a “gut check” of their financial plans.

Many investors were already getting nervous. Rising inflation, the near-certainty of higher interest rates, and the expectation that corporate profits would pull back all pointed to dramatically lower stock and bond returns than investors had grown accustomed to. The members of Barron’s Roundtable, which met this year on Jan. 10, forecasted S&P 500 SPX+2.24%  index returns ranging from double-digit losses to a gain of just 8%. And that was before war broke out in Europe, causing energy prices to rise and leading to even higher inflation. Geopolitical crises, however, tend to limit the Federal Reserve’s ability to raise interest rates; rising inflation and a slowing economy can lead to pernicious stagflation, not seen since the oil crisis of the 1970s.

This history is pertinent, says Michael Rosen, managing partner and chief investment officer at Angeles Investments and Angeles Wealth Management: “History tells us that major geopolitical events will have almost no impact on markets after six to 12 months,” he says.

History also tells us that last year’s 29% return for the S&P 500 is more than double its long-term average, and the outsize gains of the past 10 years should not be taken for granted. Going forward, good portfolio management is going to require more than buying a broad-market index fund. Barron’s spoke with financial advisors to get their best advice for this new world.

The near term could be a buying opportunity, says Peter Lazaroff, chief investment officer at wealth management firm Plancorp. “If you somehow missed out on the rally coming out of March and April 2020, and you’ve been waiting for a pullback, this is your pullback,” he says. “This is a great time to be buying.”

Jason Fertitta, CEO of Americana Partners, has been a buyer this week, particularly of energy and commodity stocks. “You still have companies that are producing great earnings, and they’re 20% off their highs,” he says. “There are pockets of opportunities in the market.”

Rosen says investors should look for riskier assets, like growth stocks, that have sold off; in fixed income, that means high-yield bonds and bank loans. But don’t buy indiscriminately: “There’s an old saying, ‘Don’t catch a falling knife,’ and the knife is falling right now,” says Rosen. “The thinking ought to be more about ‘where are the attractive buying opportunities’ as opposed to ‘what should I be selling.’ ”

Rosen had already moved more into value stocks and away from growth stocks, and has taken a more balanced geographic allocation. “Prior to this past week, the economic prospects for Europe were looking much more positive. Once we get through this, that will be an attractive area for investment,” he says.

Indeed, this is a good time for investors to assess their domestic and foreign stock allocations. The “home-country bias” has been particularly pronounced for Americans, since U.S. stocks have driven the decade-plus global bull market. Lazaroff advises rebalancing holdings and considering more international exposure, especially as prices fall. “It may feel even more uncomfortable than ever to put money into international or emerging markets, but the return is often highest when you feel most uncomfortable.” Recent UBS research notes that “it is important to remember that global economic growth remains above trend, and Covid-19-related restrictions are being lifted.” That should favor value and cyclical stocks around the world, including energy and financials, and the euro zone in general.

When fear is high, investors tend to sell risky assets and turn to havens such as gold. Gold prices surged in the early days of the pandemic; this year, they’re up 6% while the S&P is down 13%. “Adding to gold is good during times of uncertainty and volatility, and we’re certainly there right now,” Fertitta says. He adds that the best way for investors to get exposure to gold is through an exchange-traded fund that owns the actual metal, rather than gold-mining companies or gold futures. There are a few options; the two largest are the iShares Gold Trust IAU-0.33%  and the SPDR Gold Shares GLD-0.33%. Commodities & Futures

The war in Europe sparked more fear, but there was already a helping of it with regard to inflation at home and the government’s limited ability to rein it in. “How do we stop inflation without shutting off economic growth? That’s the dilemma,” says advisor Ken South of Tower 68 Financial Advisors.

One longstanding inflation hedge is commodities, which tend to rise along with inflation. The Bloomberg Commodity Index is up 29% in the past year as inflation became entrenched. Russia’s invasion of Ukraine will further drive commodity prices higher: Russia provides 40% of the European Union’s gas imports and 30% of its oil imports, according to UBS. Russia is also the world’s largest wheat supplier. Ukraine is a “material exporter” of corn, wheat, and oilseeds, says UBS. The big indexes tend to be skewed heavily toward energy stocks; investors are better off in actively managed mutual funds that can focus on finding some value elsewhere and can adapt to changing geopolitical issues. Two good options are Pimco CommodityRealReturn Strategy PCRAX-2.56%  and Columbia Commodity Strategy CCSAX-2.36%  .

What to Do With Your Bonds

Bonds are also especially susceptible to inflation, and can even turn yields negative—meaning investors lose buying power—once inflation is factored in. Fixed income has been a challenge for investors for a long while now. “Bonds are one of the most expensive asset classes,” Fertitta says. He owns primarily municipal bonds: “We tend to keep duration short and credit quality high, and we would be OK with a zero allocation to taxable bonds.”

Adam Fuller, an advisor at Homrich Berg, also has limited use for bonds. He is sticking with short-duration bonds to meet liquidity needs. Their prices don’t fluctuate as much, and money can be reinvested at higher interest rates.

Ultimately, financial advisors underscore the value of long-term planning and not overreacting to current events. “Investing is simple, but not easy,” says Jeremy Sharp, owner of Redeem Wealth Management in Gilbert, Ariz. “And these are the times when it’s not easy.”